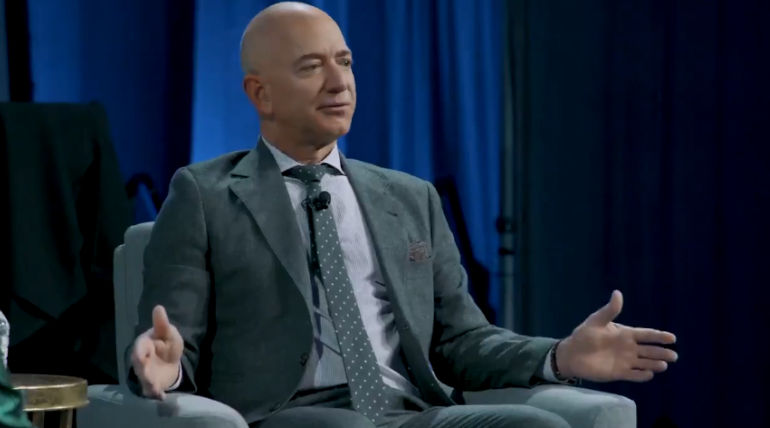 Coimbatore is one of the cities to have electric rickshaws by this year-end from Amazon: Amazon to deliver 10,000 electric rickshaws to India by 2025 is one of the many announcements by its boss Jeff Bezos at the end of his three-day visit to India last week. With other promises of 1 billion dollar investment in India, he also promised to create million new jobs in India.

Today morning January 20, after returning from India, Jeff Bezos tweeted a video in which he was riding an electric auto with a caption of fully electric, zero carbon, and climate pledge. He also announces that by 2025, 10,000 such EV rickshaws will be running on the Indian roads.

It is in addition to the 1,00,000 electric delivery vehicles by 2030 all over the world to its climate pledge taken last year. By the end of this year itself, many of the 10,000 EV rickshaws will be operational in more than 20 cities including, Coimbatore, Bengaluru, Ahmedabad, Delhi NCR, Hyderabad, Nagpur, and Pune. The Amazon company statement further said that OEMs in India would manufacture all these 10,000 vehicles.

The 1 billion dollar investment to digitalize micro and small business across India by Bezos was criticized by the commerce minister Piyush Goyal as he is not doing any favor to India. Also, Amazon has vowed to export $ 10 billion of Indian made products every year and create one million new jobs by 2025.