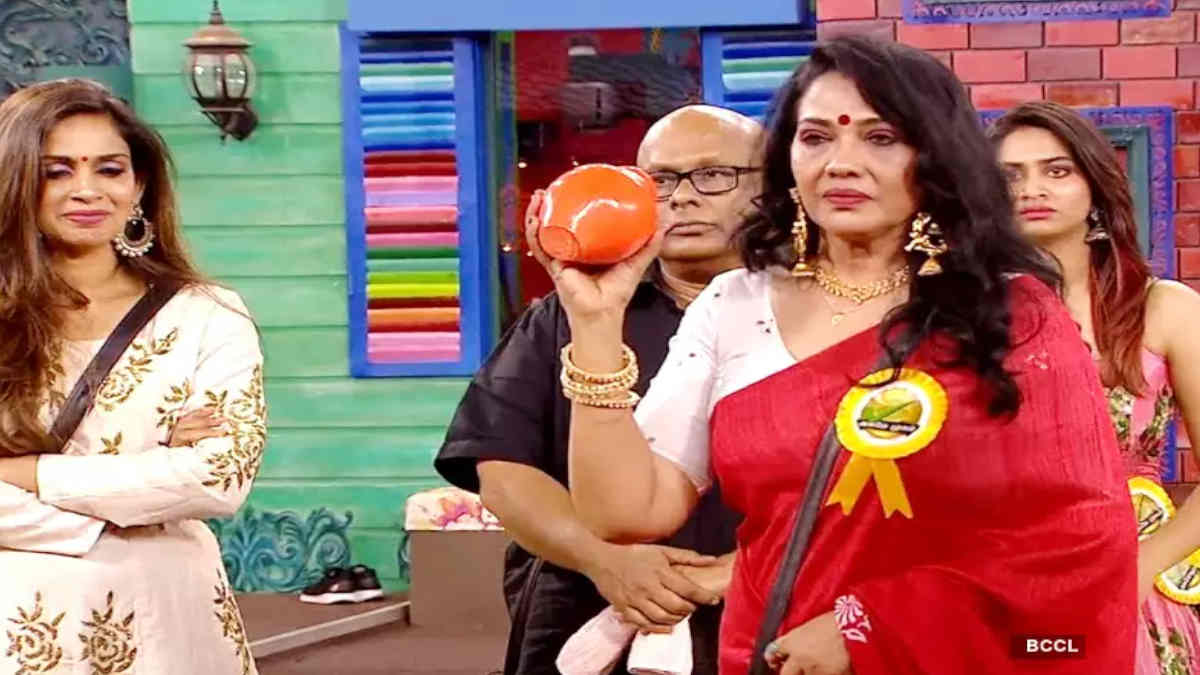 Rekha was eliminated from the Bigg Boss Tamil 4

Bigg Boss season 4 was airing from Oct 4th, we could see many of our favorite celebrities inside the house. Last week VJ Archana entered the house as 17th contestants. Rekha is the first eviction of this season.

Based on Share your life path task, eight contestants were nominated for the second-week eviction. Rekha, Sanam Shetty, Ramya Pandian, Shivani Narayanan, Samyuktha Karthik, Gabriela Charlton were on the elimination list. Relying on votes polled by the Tamil audience, Rekha was evacuated from the Bigg boss house.

Rio, Balaji, and Shivani were broken into tears when Rekha was leaving the house. The other contestants were felt bad about her absence. Before waving Goodbye, Rekha gave her plant to Rio as per the order from Bigg Boss and gave money to Shivani, mentioning her as a daughter.

After leaving the show, Rekha uploaded her first post on her Instagram, "Love you both and missing you badly, my challakuttuies.." with Shivani and Balaji's picture.

Fans have been commenting on this post, conveying their love and care, and many of them want her to reenter as a wildcard participant.

Love you both and missing you badly my challakuttuies.....ummmmmma