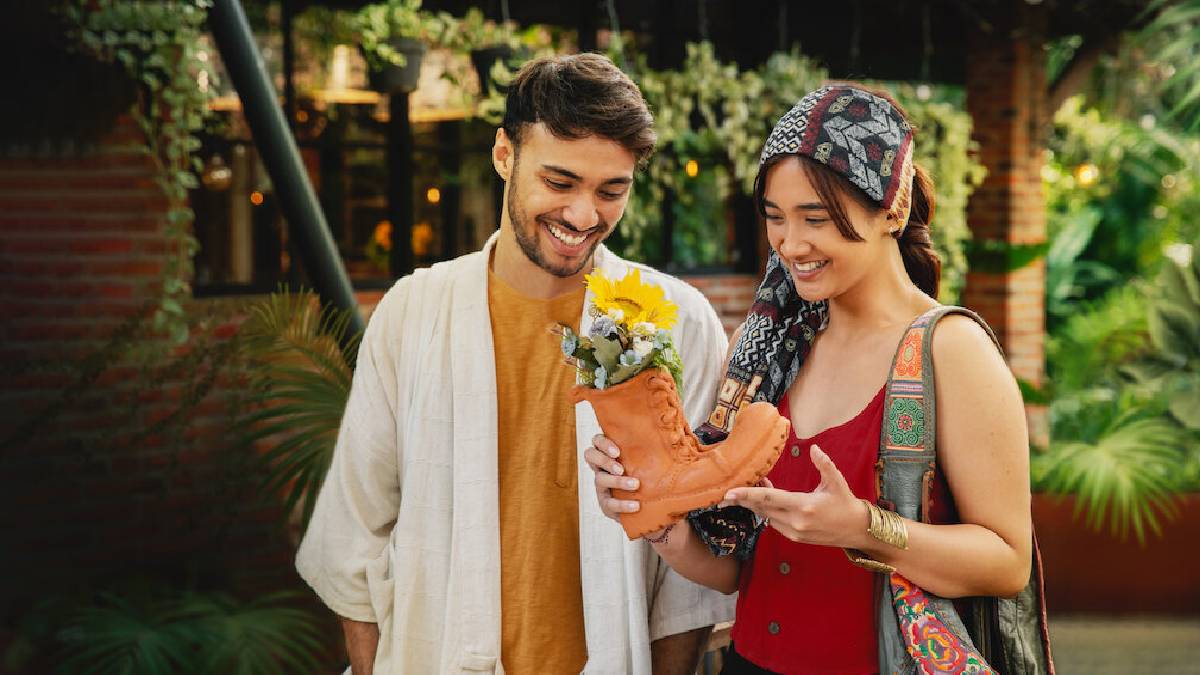 Are you confused about whether to watch the film A Perfect Fit that often pops up on Netflix? Here is an honest review of the film A Perfect Fit, an Indonesian film directed by Hadrah Daeng Ratu. The production companies are  Netflix, Kharisma Starvision Plus with the producers Chand Parwez Servia, Fiaz Servia.

The beautiful screenplay is scripted by  Hadrah Daeng Ratu and Garin Nugroho with the music of Ifa Fachir, Dimas Wibisana. The lead roles are taken by Nadya Arina, Giorgino Abraham, Laura Theux and Refal Hadi.

The story will attract the youngsters by its plot and setting. The beauty and smile of Nadya Arina and the handsome and charming personality of Refal Hadi are the other positives of this film. This film is streaming on Netflix with English audio and subtitles. As said early, this film is an Indonesian film, but the sync with English audio has perfectly merged, and the viewers will not feel bored.

Saski (Nadya Arina) is a fashion blogger engaged to the suave Deni (Giorgino Abraham), the son of the wealthiest businessman. She blows her days styling photoshoots, attending fashion shows, and hanging out with her best friend Andra (Laura Theux), a singer.

The film begins with Deni birthday, where Saski attends a fashion show with her fiance Deni. There Saski meets a fortune-teller named Mrs Hadra in the absence of Deni. Mrs Hadra tells her of a new path by giving her a feather. Saski doesn't believe in fortune, and so she neglects and continues her way.

Mrs Hadra has given her a responsibility to Andra to recite a spell that pushes Saski to "follow her feet". Saski promised Deni to wear new shoes to his birthday party since Deni told her to change the shoes. While heading towards the shoe store, Andra was pleasing her to try the spell for a long time, and finally, Saski will try the spell. Saski ends up at a shoe store that is under construction which the "spell" leads her there. That is the place where our Juliet Saki meets the handsome Romeo Rio, a talented shoemaker. He will help her in picking up the right and perfect pair of shoes.

When Saki leaves the store, a huge blunder happens where Saski goes to the store with the wrong pair of shoes, and already she is late for the party. And there the journey of fight, love, misunderstandings begins. The destiny of this accidental couple will make them often meet, which will always end up in a class and misunderstandings.

Rio will be engaged to a businesswomen Tiara and Saski will be engaged to Tiara, and both the couples will be getting ready for their wedding, but the situation will make Rio and Saski frequently meet even during the wedding plans. But the fate is Rio will fall in love with Saski, and even Saski will have a feeling for Rio, but she will not express it thinking of her sick mother. At the same time, there will be rapo between Tiara and Rio, Deni and Saski.

Will the young couple Rio and Saski hold the relationships, or will they sacrifice their love considering the family is the other part of the film. Andra has done her role as a best friend excellently with no flaws.  The locations are captured beautifully. The dialogues of A perfect fit holds an in-depth meaning. The film is like a fairytale of young couples.