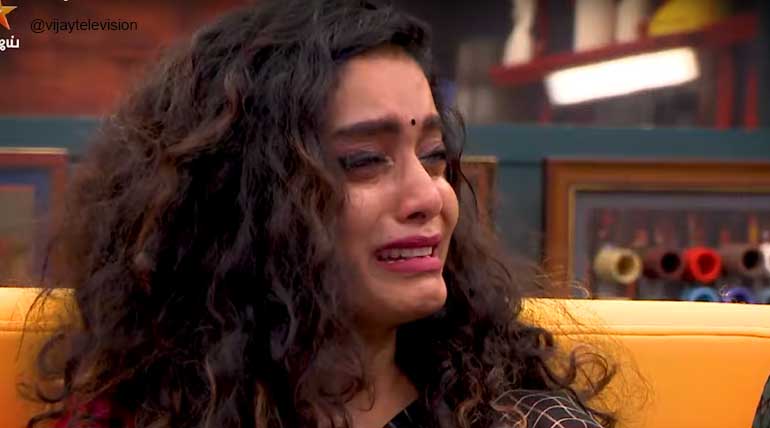 Nevertheless, she strategically downplayed her emotions and sustained for more than 40 days. Maybe a thought would have stricken Abirami's mind that content from her was missing for some time now, which keeps the house always engaged. Hence she tried to sport her crying looks.

It was very unfortunate that other housemates have taken her emotions as apprehensions and concerns. Every week Abi gets nominated and escaped. She would have thought her sobbing would buy sympathy for her but not to her expectations it had become counterproductive. When bigg boss lets the elimination list out, her visages were too clear that something unexpected has happened. Nevertheless, she voiced out that it was expected.

Why is Abi always behind Mugen even after she knows that he is committed. Will Mahat's story repeat here? It can never be forgotten that Mahat lost his love of life post-Bigg Boss Tamil season 2. (Not sure of his current status though). Should Mugen be so concerned towards her? There was a problem with him also. He should not show those vibes to her because she is not normal to take and assimilate. Instead, she wants someone in the house with whom she could roam with always.

She needed a scapegoat, and Mugen became the prey. Mugen at least from now should draw limit lines so that the issue will not give birth to branches. It was just a narrow escape for Mugen from the elimination nomination. But everything went towards Abirami. Except for herself, everyone nominated Abi.