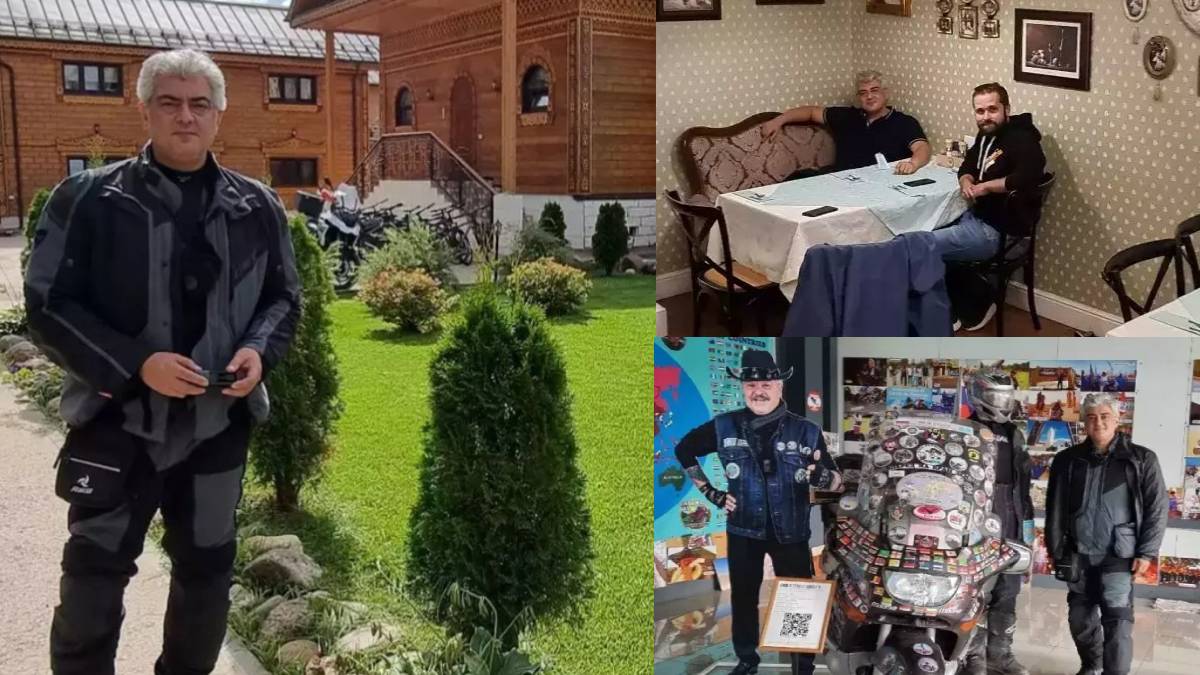 The Valimai team that went to film the action scenes in Russia has successfully completed the shooting. Now, Ajith's photos taken in Russia are trending on Twitter and other social media.

Valimai, starring Ajith, under the direction of H. Vinod, is a hot topic on social media to date with the hashtag #ValimaiUpdate. The main action scene was planned to be shot abroad, but the second wave of the Covid delayed the shoot. When the restrictions were relaxed, they flew to Russia for the shoot of action scenes.

The shoot was covered with actions and stunt scenes, including bike chasing. When it comes to Bike scenes, Thala Ajith will nail his acting as it is one of his favourite activities. Actor Ajith decided to take a break and proceeded on a 5,000 km bike trip across Russia. The photos of Ajith in black and grey Bike Riding Suit is going viral on social media.

Valimai fans expected the second single from Valimai on August 31 on Valimai music composer Yuvan Shaker Raja Birthday, but it went with disappointment. But there comes the talk that the Valimai second Single will be released soon. Valimai motion picture and the Valimai first single, "Naanga Vera Maari," was well reached among the fans.