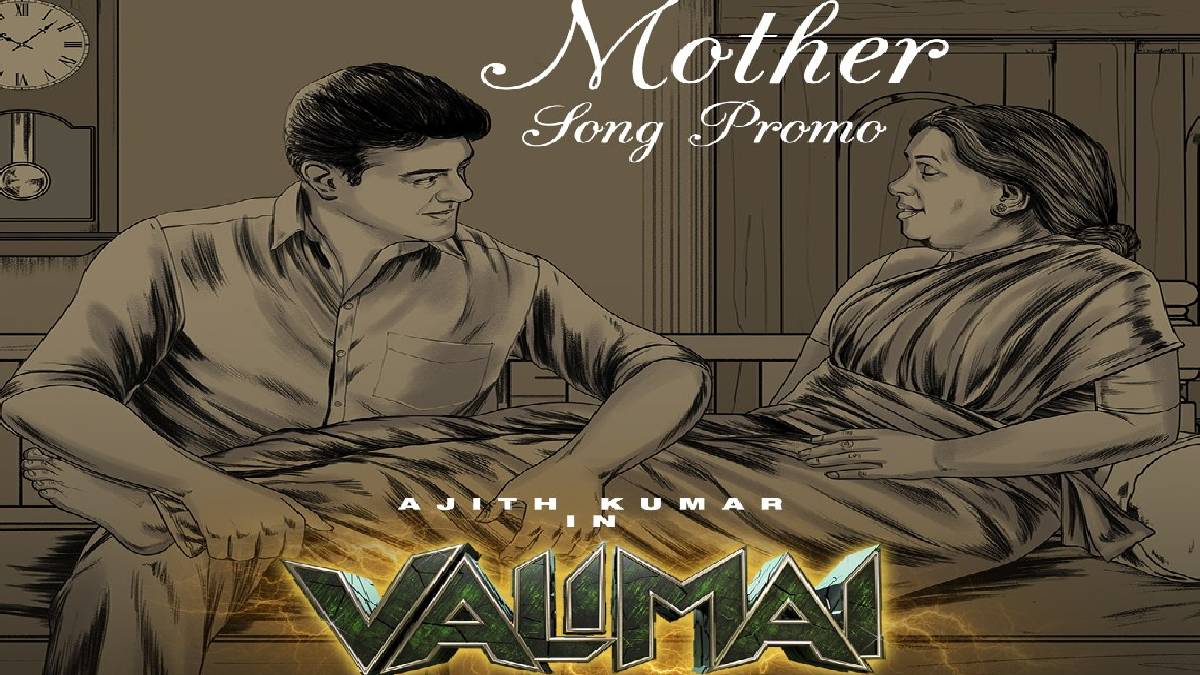 Mother song promo is well received and is on the top trending list on Youtube. The soothing music of Yuvan and the melodic voice of Sid has increased interest to listen to the full song.

Although the fans are frustrated with the statement issued by Ajith, the second single promo from the Valimai movie has boosted the fans. Yesterday's tweet was going trending on Twitter with the hashtag Ajith Kumar, Ajith and AK.

Actor Ajith's spokesperson Suresh Chandra said in a statement on his Twitter page, "To the respected members of the Media, Public and genuine fans. I henceforth wish to be referred to as Ajith, Ajith Kumar, or just AK n not as "Thala" or any other prefix b4 my name. I sincerely wish you all a beautiful life filled with Good health, happiness, success, peace of mind and contentment forever. Love Ajith"

Many sad memes are still circling on the internet based on this content, and the fans are very sad as they cannot mention the word Thala after this. After this update, the fans started posting the content by mentioning Ajith Kumar, Ajith and AK. But still, few mention Ajith as Thala.

Following this statement, the mother song promo was released officially. The Valimai second single was with high expectation because the Valimai updates are getting very delayed compared to the other movies. The fans were so excited yesterday morning, and many guessed that the promo would be about the mother song.

The lyric of the mother song was very emotional, and the music of Yuvan was perfectly merged with the voice and lyrics. The song is set to be released on December 5 at 6.30 pm. Valimai Mother song promo has almost crossed 2.6M views in the last 15 hours. It is expected that this song will also receive a good response like the Kannana Kanne sung by Sid Sriram in Ajith's Viswasam movie.

Tugging at your heart-strings, #MotherSong from #Valimai out on 5th Dec at 6:30PM♥️