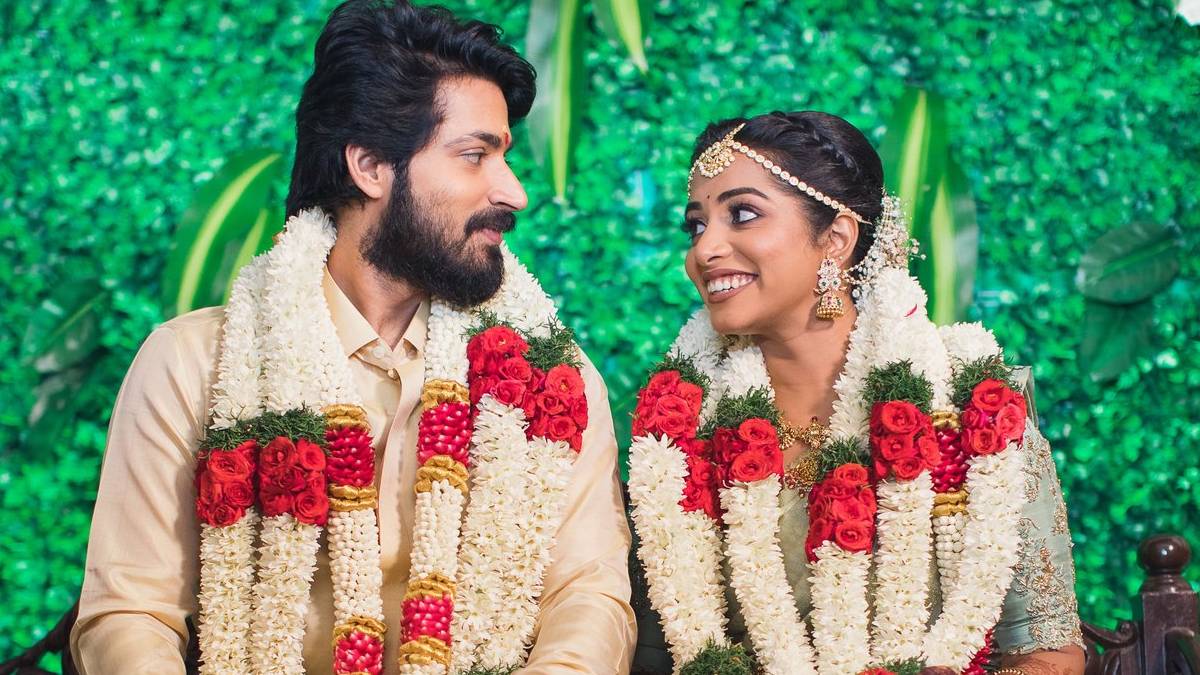 Actor Harish Kalyan is a dream and a chocolate boy for many young girls. He attracted them with his innocent expressions. Although he acted in movies earlier, he gained much attention after his appearance in Bigg Boss Tamil.

Who is Narmada Udayakumar?

A month back, he posted a photo of him holding hands with his fiance stating, "To new auspicious beginnings." Today  Harish Kalyan tied the knot to Narmada Udaykumar in the presence of his family. He also said that it is an arranged marriage. Narmada Udayakumar is an entrepreneur.

Blessings are wishes are pouring in for this newly married couple on the social media pages. Harish Kalyan and  Narmada Udayakumar's marriage photos are going viral on the internet.