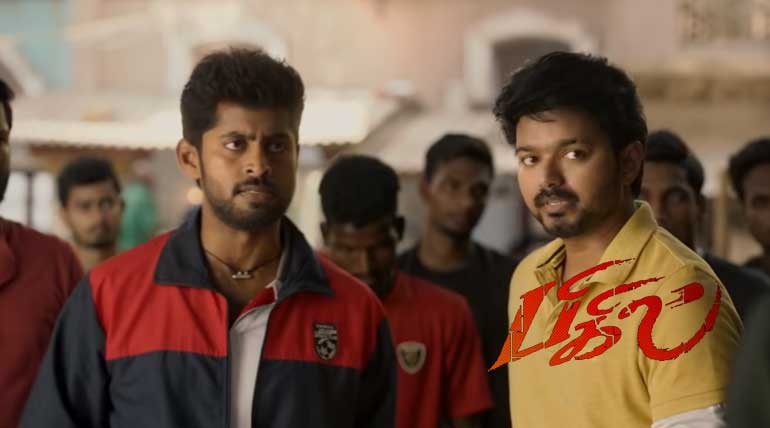 Actor Kathir says Vijay has become his lottery from Bigil

"I'm with Vijay Sir now;  he is my Lottery," Kathir about Bigil: Bigil's Verithanam is all over the world welcoming this Diwali; Produced under the banner of AGS Entertainment, Bigil is waiting to meet the silver screens very soon. Bigil, a football-based action drama directed by Atlee starring Thalapathy Vijay, Nayanthara Kurian, Kathir, Yogi Babu in the lead roles, is ready for the match now.

Kathir adventure on Bigil: Kathir is a Tamil actor who set an identity through some of his strong-concept films. Following the debut of Madha Yaanai Kootam, he made his silver screen appearances in Vikram Vedha, Sigai, and Pariyerum Perumal. The unique movie script selector Kathir said that Bigil was knocking his door with excitement. Who says no to act with Vijay? , Kathir utters his fan about his first meet with Bigil moments. The 25 days of Bigil shoot is one to remember forever, Kathir's Bigil goosebumps.

Bigil director Atlee never slept more than two hours for about 100 days, and Thalapathy's dedication is impeccable, Kathir shares his working experience. Yogi babu's spontaneity forces us to work, Kathir mentioned with chuckles. The mixed emotional hug from Thalapathy Vijay on my last day at the set was a pure bliss moment, Kathir gigs up.

Kathir's fear of Vijay's Rayappan look in Bigil proves the originality of the performance; Michael is another role by Vijay as a football mentor. Kathir excitingly tells his feat of Thalapthy's Mersal, Sarkar, and Bigil audio launch, and "I am near Vijay sir now; he is my lottery."

AGS entertainment works #Verithanam to crack the Diwali with Bigil rackets; Bigil Online Booking is open all over the world, breaking the record as usual Thalapathy's race.