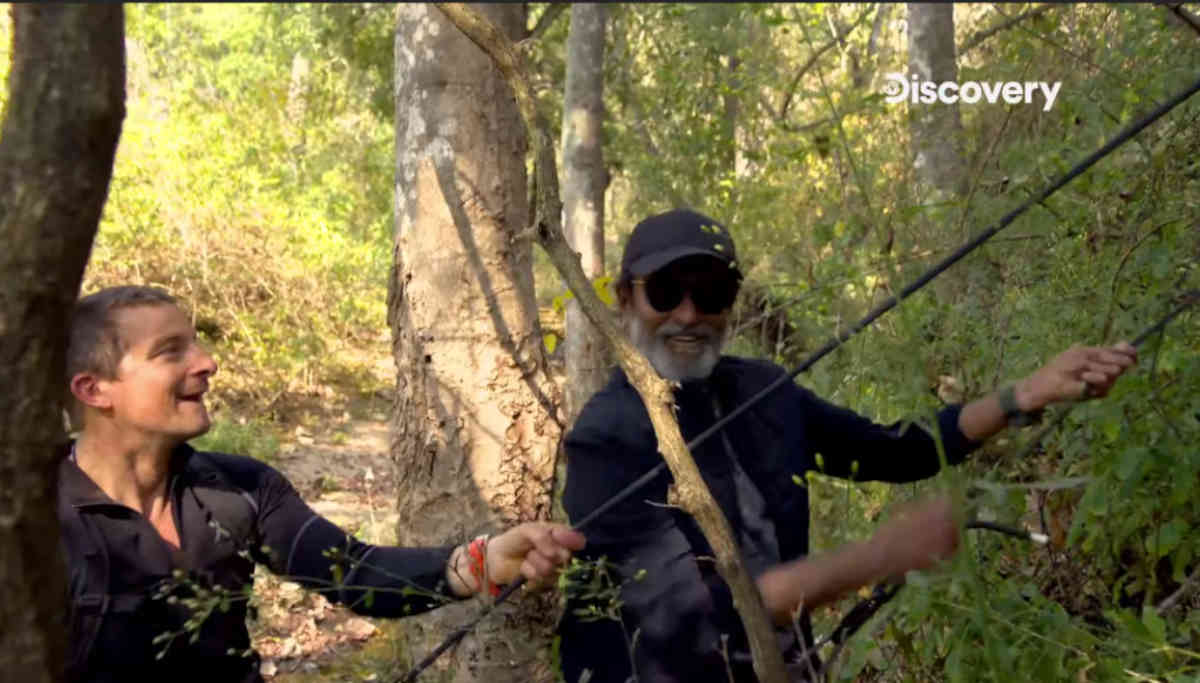 Rajinikanth Into the Wild with Bear Grylls Sneak Peek

"I was a conductor, and now I'm 70"-Into the Wild with Bear Grylls & Superstar Rajinikanth:

Rajinikanth has participated in popular reality show Man vs. Wild on Discovery Television. He traveled to the Bandipur Forest in Karnataka for the event. There he went on an adventure with show host Bear Grylls. Photos of Rajini with the Man vs. Wild teams in the dense jungle have gone viral on social websites.

It was also announced that the show would air on March 23 at 8 pm. A sneak peek video of the event has been released just now, and in the video, Rajinikanth talks about water problems and his bus conductor work.

Don't fail to check out the most expected video of this time, and Superstar undoubtedly has an exaggerating journey with the real master Bear Grylls into the wild.

Both the real and reel life Superheroes are turning every stone possible. Meanwhile, Superstar Rajinikanth applauds himself and Bear Grylls for making this unexpected real-time adventure to happen.

Besides, Rajinikanth speaks about his past conductor life and how he entered the Cinema industry. With an exclamation, Bear Grylls encourages Rajini's fitness even at the age of 70.

With every piece of the sneak peek hiking to watch the premiere coming Monday, Into the wild with Rajinikanth will never fail to unleash the adventurous Superstar on the other side.