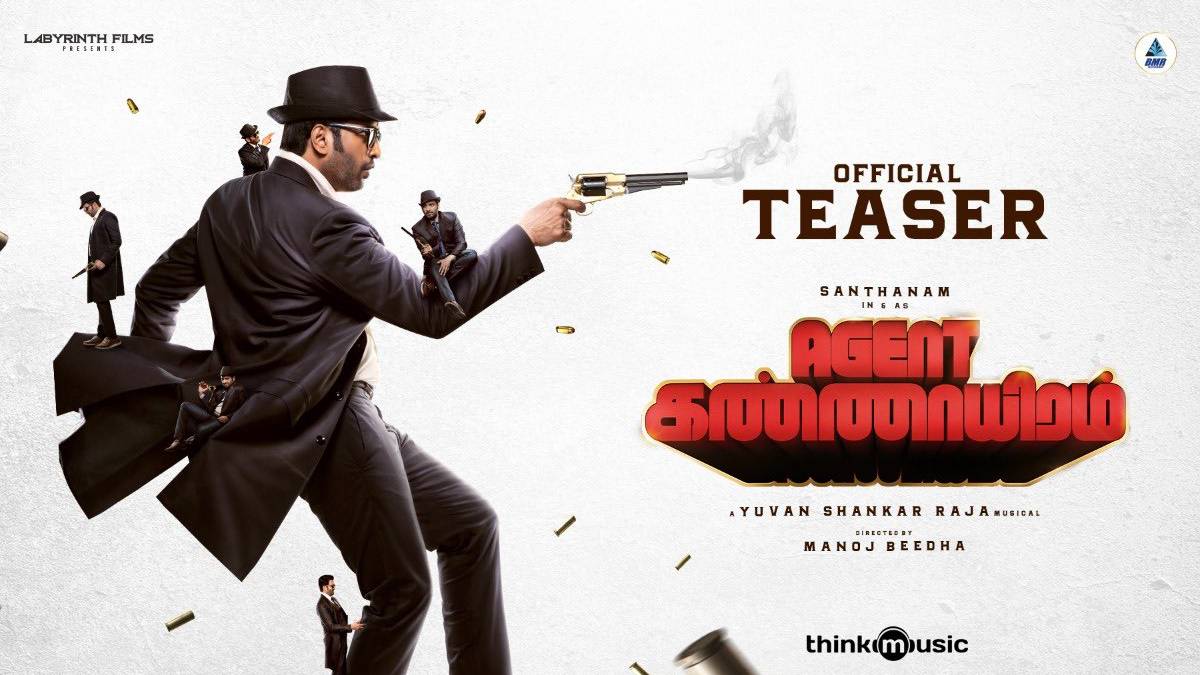 Agent Kannayiram Tamil movie teaser starring Santhanam is released today on the occasion of his birthday. The reader has become the visual treat for the Santhan Fans. The teaser is receiving good comments, and the fans expectation of the movie has increased after watching the teaser.

Agent Kannayiram is the remake of the Telugu movie Agent Sai Srinivasa Atreya, which gathered a massive response from the audience side for its comedy and Thriller sequence. There will be no flaw in the comedy scenes as the movie is written completely to entertain the audience with laughter with a merge of suspense.

Cook with Comali fame Pugazh has also played a major role in this movie Agent Kannayiram. Since there are many comedians, it is expected to be a good family entertainment movie. Actor Santhanam fans are now eagerly waiting for further updates on Agent Kannayiram. Positive reviews are following for the Agent Kannayiram teaser with good comments.