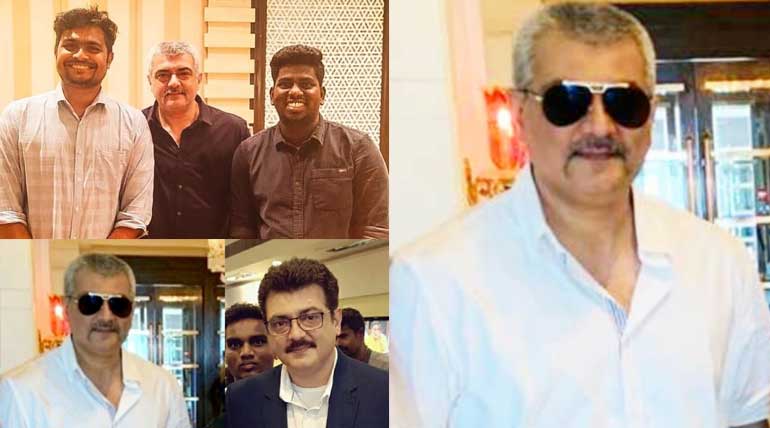 Is Ajith Playing Dual role in the Valimai movie

Is Ajith Playing Dual role in Valimai movie? Thala Ajith Kumar's latest photo created new trending among Ajith fans and questioned is he doing a Dual role? A recent photo that went viral in social media of Thala Ajith shows a hairstyle similar to Vedhalam's "Alluma Dolluma" character and also old photo leak with a mustache. Comparing to 2 different style photos, it could be a flashback story or dual role.

Valimai movie directs by H.Vinoth, who has done a recent movie of Ajith Kumar "Nerkonda Paarvai." Ajith acted as a matured Lawyer in Nerkonda Paarvai movie, and sources say Valimai will be cop story.

The recent update of the Valimai movie is Nayanthara will do the lead role with Thala Ajith, which is confirmed by the source after meeting with producer Boney Kapoor, yet not an official confirmation.

According to the source, the Valimai movie will have a superfast screenplay with racing scenes and action police story. SJ Surya also plays a lead role in the Valimai movie but character not revealed and also nearly confirmed he is not doing a negative role.