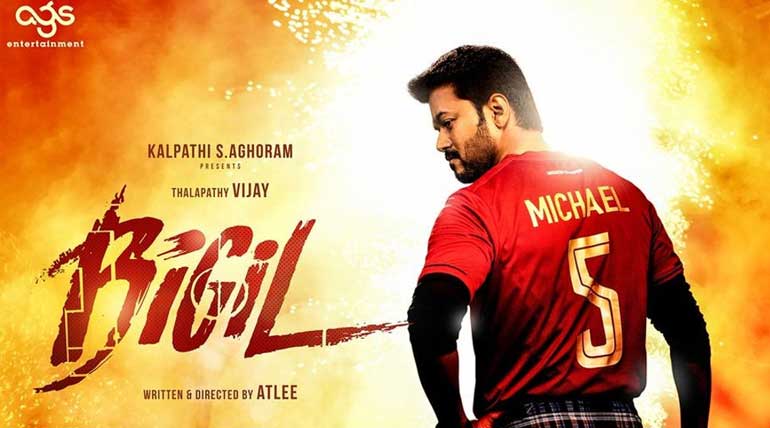 A Film Critic Utters Bigil as a Torture: Shiva Sathyam, a  film critic, posted an awful critic to the, yet to be released, movie "Bigil". The movie critic has just come up with this review while there already presence a massive expectation about the movie.

Shiva Sathyam, mentions himself as a film critic on his twitter page, @AsliShiva, that has a Modi Sakar's banner behind, rated one star out of five for Bigil this afternoon. While so many tweeters erupted against his tweet that it was a fake, he came up with an explanation to the crowd. According to that film critic, as he did for Sahoo and a few other movies, he wrote this critic watching a private distributor's premiere at PVR Juhu, Mumbai.

Also, the critic stated that he got a headache even before the movie reached the interval and advised non-Vijay fans to avoid Bigil.

His tweets can be visited on this page @AsliShiva.

It is that kind of film which has heart but no soul, @Atlee_dir's dirction is Ok, but Poor Screenplay is the main enemy of this Film,
It has emotions but no entertainment.

Suggestion :Skip This Film if you are not vijay's fan#Whistle

#For those who were asking where did I watch #Bigil, for them.

I have watched #Bigil #Whistle
In Private Distributor's screening at
PVR Juhu in Mumbai.

"SKIP THIS IF U R NOT VIJAY'S FAN".#Whistle#BigilDiwali .