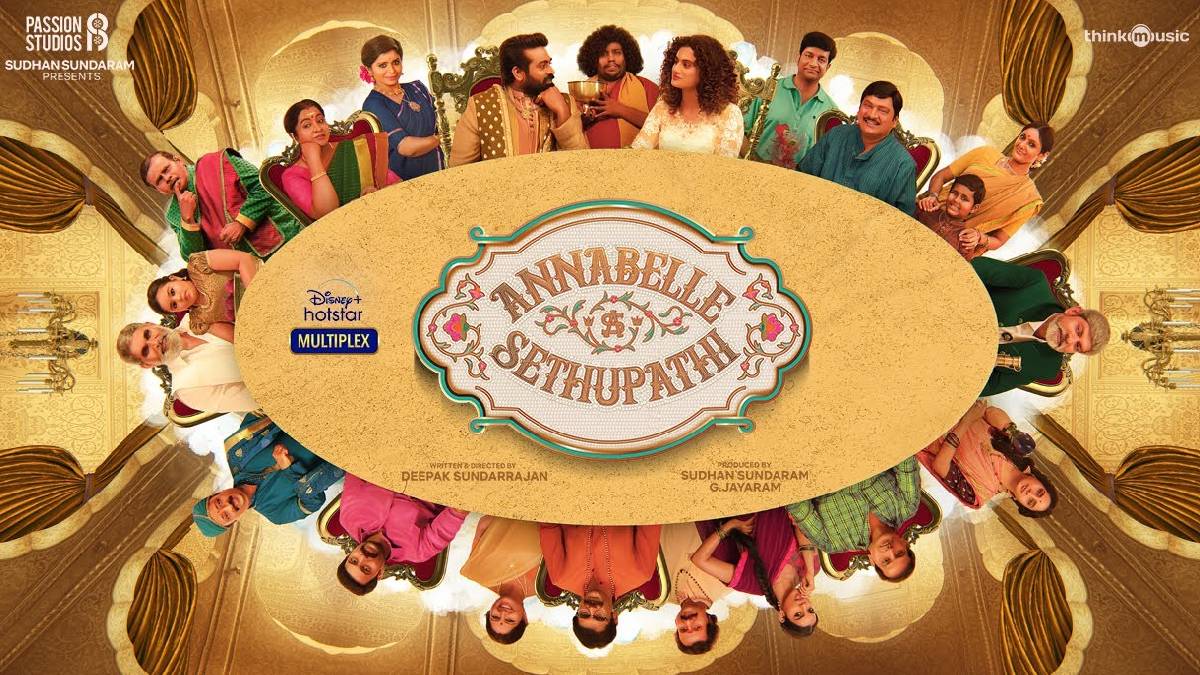 The most awaited Annabella Sethupathi trailer is released in four languages as announced this morning. Actor Suriya has released the trailer on his Twitter account. Makkal Selvan Vijay Sethupathi's fans are celebrating the trailer.

Annabella Sethupathi is an upcoming horror comedy directed by Deepak Sundar Rajan. The film is produced by Sudhan Sundaram and G. Jayaram under the banners of the production companies Passion Studio. This movie is with great expectations as the plot is going to be different than usual.

'Annabelle Sethupathi' will be released in Tamil, Telugu, Hindi and Malayalam. The movie holds Vijay Sethupathi, Taapsee Pannu, Yogi Babu, Subbu Panchu, George Maryan, Devadarshini, Madumitha and actress Radhika. There are many comedians in the film to entertain the viewers. The movie spaces are covered with familiar faces of the Tamil Film Industry.

The Annabelle Sethupathi trailer has come out well, and it's been liked and commented on by many. The expectations on this film are high compared to the other film of Actor Vijay Sethupathi. The fans are celebrating the trailer on social media.