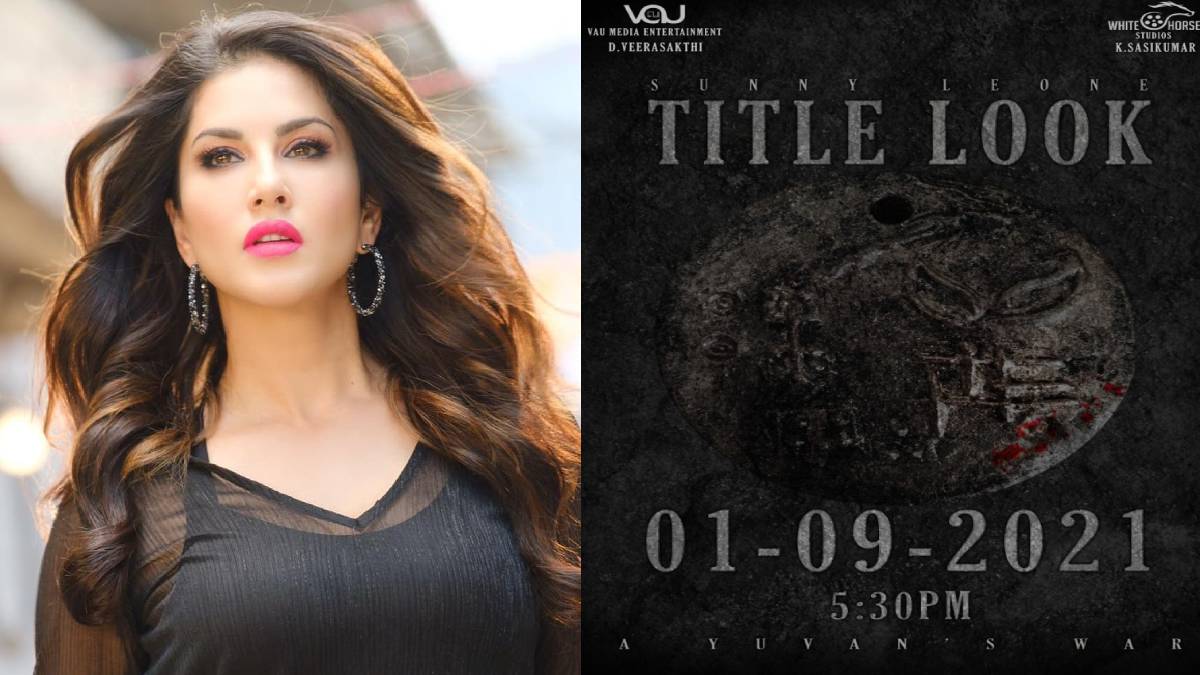 Sunny Leone is coming up with a new Tamil film, and the first look is announced to be released today. It is very exciting to know more updates on Sunny Leone with the merge of Kollywood.

Sunny  Leone has appeared in a Tamil song, " Low Aana Life", from the film Vadacurry starring actor Jai Sampath. Following this, there seemed no viral updates on Sunny Leone in Kollywood. After a very long break, Sunny is stepping into the new film, and the OMG first look poster will be announced today evening around 5.30 PM.

The film is said to be a horror-comedy film produced by D. Veera Sakthi under the banners of Vau Media Entertainment, presented by White horse studios. The music is composed by Yuvan Shankar Raja. The film holds Cook with Comali fame Dharsha Gupta, Comedian Sathish, and Thilak Ramesh in the main roles.

Sunny Leone is expected to act in another Tamil film Veeramadevi written and directed by Vadivudaiyan, produced by Ponse Stephen, starring Sunny Leone, Navdeep, Nassar and Srinath. This film is going to be a Tamil-language historical drama and war film.