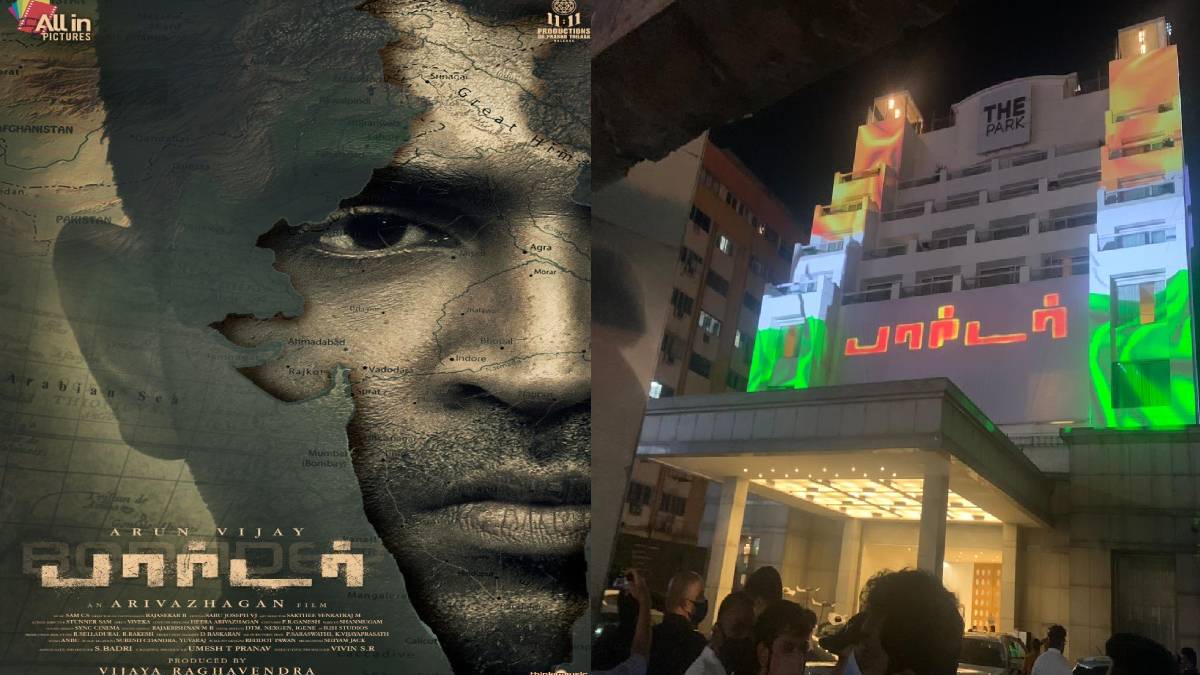 Arun Vijay is set back with his manly physic for his upcoming movie Border (2021), directed by Arivazhagan, who directed famous Tamil movies, namely Eeram and Kuttram 23.

Border movie (2021) uniquely initiated its moves by unveiling the title through 3D Mapping technology. The title was projected in The Park star hotel in Chennai.

It grabbed the public's attention, and the viewers started to take videos and snaps of the title release. The movie is set to release in May, and the trailers and teasers are expected to release in the upcoming days.

Vijaya Raghavendra produces Border (2021) under the banners of All in Pictures with the music of Sam CS, who nailed the piece in Vikram Vedha (2021) and Kaithi (2019).

And the cinematography is handled by Rajasekar and edited by Sabu Joseph. Many celebrities posted the first look of Border and wishing success for the film.