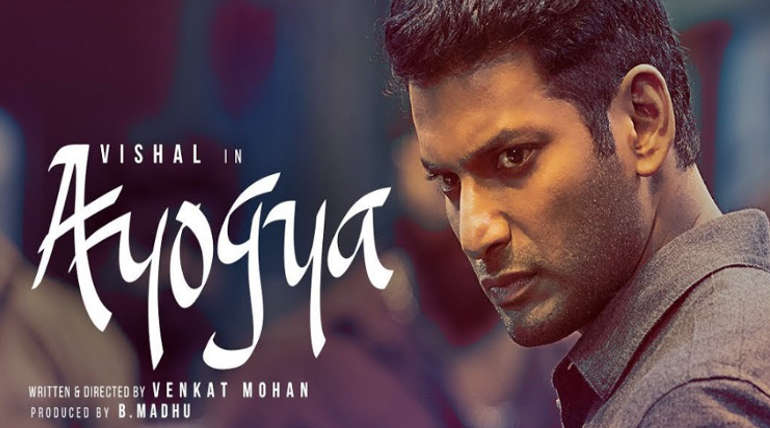 Junior N T Râ€™s â€œ Temper" in Telugu is followed by a remake in Hindi as "Simma" by Ranveer Singh. After that, it is "Ayogya" in Tamil in Vishalâ€™s stunning action sequence. Vishalâ€™s voice for the recent injustices against women is the hot core of the story plot. As usual, it is yet another rape and vengeance story but it outplayed other movies in this weekend box office.

Produced by B. Madhu, the film is directed by a debutant Venkat Mohan who is an assistant director of A.R.  Murugadoss. The movieâ€™s cast includes Vishal, Raashi Khanna,  Director KS, Ravikumar, Parthipan, Yogi Babu and others. Parthiban fits the role of a villain.

The film, which was all set to hit the screen worldwide yesterday didnâ€™t come out and was out of the race at last minute due to some unavoidable issues as informed by the production team.

In this film, Vishal is supposed to be Sub Inspector of Police and director KS, Ravikumar, his Constable. Right from the beginning, the filmâ€™s tempo doesnâ€™t get down and it succeeds in grabbing our attention all through the film.

Actor Vishal has justified his actions with Jr NTR who played the lead role in its original Telugu version. The director has modified the screenplay according to the flavour desired by Tamil Audience.  With good physique and different mannerism, Vishal again has proved his acting and the stunt scenes are superb and fit exactly for the 6-feet tall actor.

Throughout the movie, only Vishal grabbed the lion share of the movie screenplay than other characters and also make the audience impressive. Vishalâ€™s character is initially portrayed in a negative manner doing anything for the sake of money. The first half is all meant for just entertainment having interesting scenes including romance with Raashi Khanna.

In the second half, the story plot changes and the actor recognises his deeds and get backs to the right path. Above all, the climax scene is the highlight of the film giving a message against women abusement and insists on giving strong and frightening judgments to such victims. Some of the dialogue deliveries have already been unveiled in the trailer.

This made the movie reach to the bottom of hearts of Tamil Audience, as per the recent reports. All other characters of the film played their part well and provided their promising and unique performance without any lag. Sam CS music is awesome.  Overall, the movie is a commercial based family and action entertainer with a message.