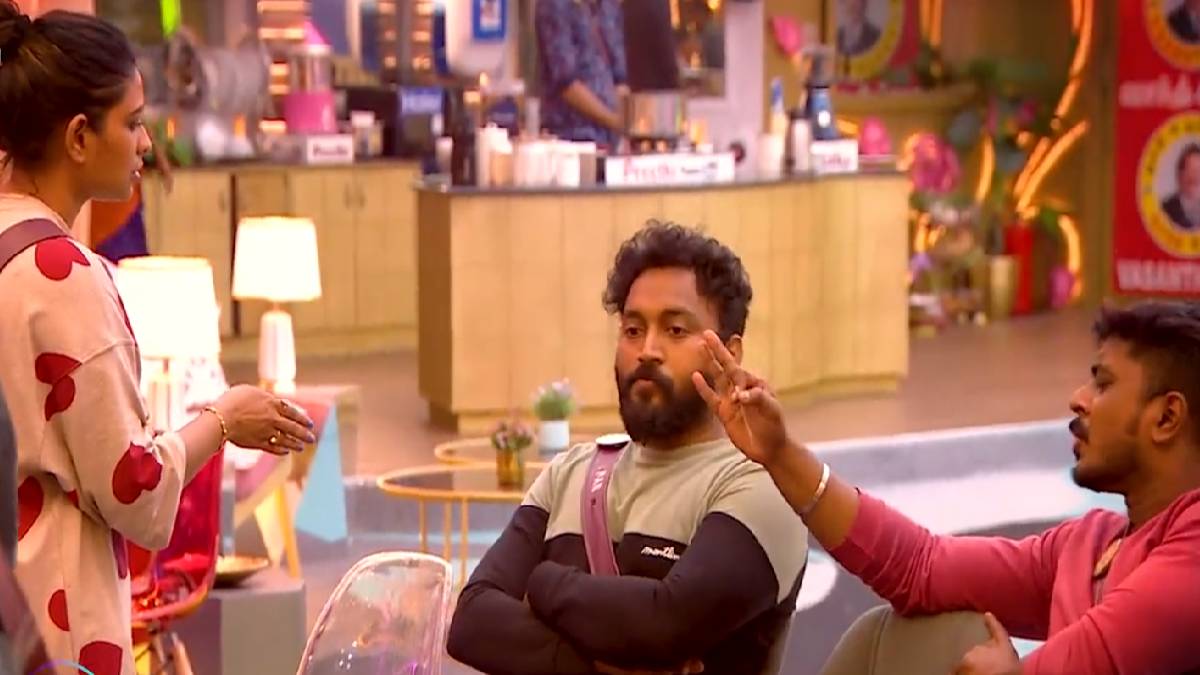 Azeem is raising his voice like earlier, which has irritated the housemates and the viewers. In today's first promo, we can see the clash between Ayesha and Azeem; in the third promo, there is a clash between Azeema and Maheshwari.

Ayesha and Azeem had a problem during the milk sweet task. Then Ayesha stopped Ram from coming to say something. Also, a promo video of Ayesha apologizing to the Aseem team has been released.

Ram hasn't spoken much since coming to the Bigg Boss house. In this case, he tried to participate in an argument. Ayesha stopped that, too. Similarly, in the thirst promo, when Maheshwari was talking with Vikraman, Azeem interfered in between and voiced high. Vikraman asked him about his loudness. Later Azeem said that he would quit the game.

By seeing the promo, we can see that Bigg Boss Azeem is turning like before and raising his voice. It doesn't mean that all his opinions are wrong, but his way of talking sometimes irritates the viewers and housemates.