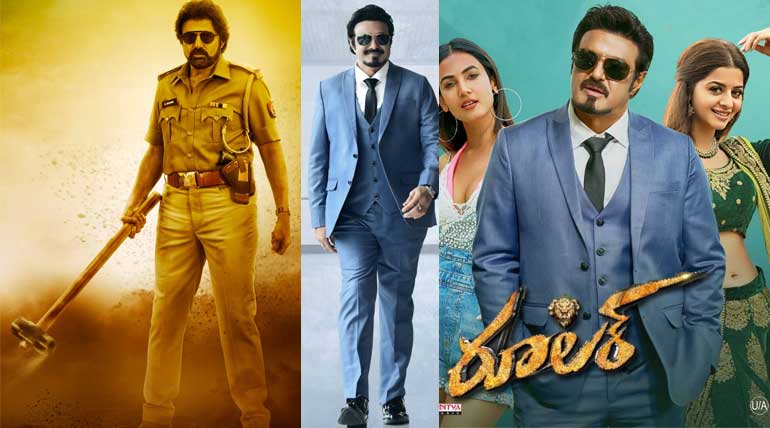 Plot: Ruler revolves around the adoption of stranger Arjun Prasad (Nandamuri Balakrishna) by a business honcho Sarojini Naidu (Jayasudha) since he helped her out of assassination assault.

The businesswoman raises him as her son, making him as CEO of the company. Arjun lost his memory during the first blocks accident and romances Harika (Sonal Chauhan) during the business journey.

His mother tries her best to keep Arjun away from his past but the man remembers everything about the past.

Review: Balakrishna time travels 20 years for the audiences of Ruler with their screenplay and plot. Filming has ups and downs in the storyline, but Ruler movie makes itself an unworthy subject to the big screens. Even in small screens, audiences will hesitate.

The first half quiet acceptable with an average interval block followed by the tedious. In the second half of the movie, which undoubtedly makes the audiences in distress for wasting the ticket expenses.

Screenplay hopes no connectivity on the screens proving the failure in editing but the performances and music run the movie to a certain extent. Though Action sequences by Nandamuri Balakrishna energies the theatre, no scope of attraction from the family audiences.

The new-look of Balakrishna pays nothing and the old times hero works hard to prove himself young in romantic scenes. Expecting comedy from Balakrishna movie is a fan point but ruler thwarts the fans with non-sensible funny scenes.

Despite all the filmmaking plus and minuses, Tamilrockers never waits to complete the job done. Movie Piracy dons leaked the online links of Ruler movie produced under the banner of CK entertainments in association with Happy movies.

In the Tamilrockers list adds up many good movies released this week, such as Hero Tamil, Dabangg 3, and Thambi running on the Indian theatre screens.

Though the film scores no marks on the silver screens, it is unknown how the Producers accept such a bald story like Ruler in the modern world of cinemas.