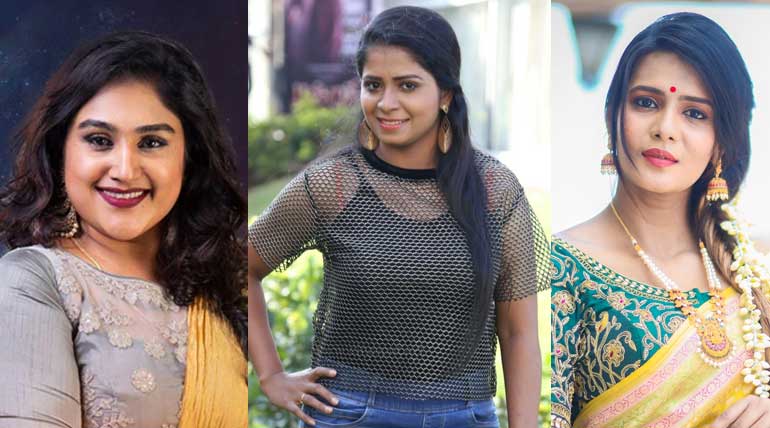 Big Boss 3 has been the talk of Tamil people for the past 10 days from its inauguration on 23-June-2019 till yesterday. But due to the family problems of Vanitha Vijayakumar, the key contributor of the TRP rankings of Bigg Boss 3 it was curtailed to only 11 AM on 3-July-2019. It will continue as usual from today as the problems of Vanitha have been successfully resolved.

Why were the audience wrong about the closing time of Bigg Boss Tamil 3 every day?

The Bigg Boss 3 day ten telecasts started from the 9th day evening. It showed many scenes for more than half an hour of the happenings at night on the 9th day. It only confirms that there is more than we see the activities of all day in the Big Boss show. The telecast of the happenings of the 9th went on till past midnight. But the sorrow fact is it only displayed the ugly faces of many contestants.

The Vanitha team using Mugen to bombard Madhu and Mira:

The continuous attack on Abirami and Mira by the Vanitha led a team of Sakshi, Abirami and Sherin went to the next level on the 9th day of the evening. It was clear that they are targeting both of them for nothing. Mugen is used as a tool by Vanitha & team for this unabated battering of Madhu and Mira. Mugen was seen consoling Mira, but at one point of time because of the intervention of Vanitha and team, Mugen shouts at the top of the voice against Mira.

Intruded by this Cheran called Mugen and warned him of any such shouting or manhandling anyone inside the Bigg Boss Tamil house. Mugen has been easily caught into the trap of Vanitha and has spoiled his image.

As usual, the 10th day started with a beautiful dance performance by Losliya. And she was the next victim of the Vanitha and Madhu feud. Again today the Vanitha and team raked up the issue of Tamil girl and made Madhu irritated and also Mira was disappointed by the shouting of Mugen.

Seeing all this, Losliya walked out of the room, leaving her food plate half-finished. She was consoled in the bathroom by all and not by Vanitha and team.

Saravanan was seen requesting to Big Boss to relieve him or he will become mad. Madhu cried to the Big Boss of being accused of what she did not say or do. She also expressed her relief if let out of BB3 as the sufferings were unbearable.

During the task specifically given to Kavin to talk about "how to spoil love," Kavin was seen expressing his crush for three girls at one time. Even Cheran mocks him about how he could manage to spoil love with three girls at a time. For that, Kavin confirms that it is quite difficult and should not give the same gift to all three and also not to love all of them in one place.

Abirami was hugged by Mugen in front of everyone and announced that they were the best buddies, and no one in the Bigg Boss house should interfere with it. Also, Abirami angrily declares that she will announce point-blank in the face if she loves somebody. She also wants everyone who doesn't like her mingling with Mugen, can just shut their eyes.

Altogether the first ten days leave the doors open for more fun, love and fierce battle among the contestants of Big Boss 3.