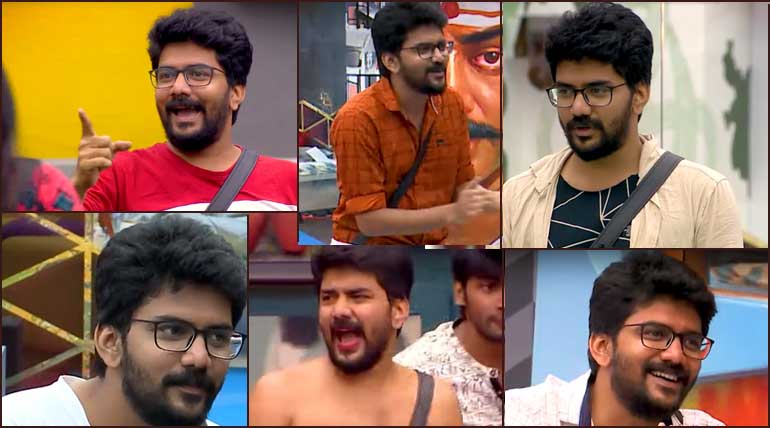 Kavin, the Casanova of Bigg Boss 3 Tamil is now in Devadoss mode.

Kavin is sure the Casanova of big boss 3. He has reached such a reputation for the Love King Kamal to refer him for solving the love dispute of Abirami and Mugen. But in the last two days, he is in a Devadoss mood. All his love has been under some strain due to various reasons.

Kavin the TRP changer after Vanitha:

After Vanitha's exit last week, it was Kavin's love flirting with the young girls they were the talk of bb3. But having too many has caused trouble for Kavin now. The TRP ranker after Vanitha is in trouble due to his numerous love flirting.

It was Sakshi to find out the happenings between Kavin and Losliya two days back, which started the problem. It was because of chocolate which is now compared to the banana of the famous Senthil-Gowndamani joke.

The Saravanan of Vijay TV is the Casanova of Bigg Boss Tamil 3:

Many young girls liked Kavin who was the star of Saravanan Meenatchi serial in Vijay TV in Tamil Nadu. It was not only for his acting skills but also for his good looks and down to earth attitude.

The big boss house saw its first love proposal on the second day of the show itself. It was Kavin who was proposed by Abirami. Abirami is also a famous actress and has acted in the much-awaited Thala Ajith movie Nerkonda Paarvai.

Kavin's start in Bigg Boss Tamil 3 with a love offering:

Kavin did not accept the proposal and rejected it appropriately stating it was too fast for such kind of affair. But he did not wait long to bring in Sakshi, Losliya and one more was also on the long list.

But as he rightly confessed during a speech that it is dangerous to have all the girls that are in a relationship under one roof is dangerous. He is now facing the imminent and crystal clear danger.

His relationship with Losliya seemed genuine to many audiences. The love scenes between the two were the highlight of the first three days of this week bb3 show. But it was the chocolate which ended this romance, and it was not only Kavin and Losliya in a bad mood but also millions of Tamil people across the world.

Social media blew the Kavin love affairs out of proportion:

Social media and other channels were abuzz with memes and trolls of Kavin and his love affairs in bb3. There were puzzles drawn with Kavin and names of the four of the girl contestants to find out who will he choose. It has made the Tamil people happy and angry both towards his Casanova skills.

Next week will bring in a solution to the issue by the big boss as it is the main TRP changer in favour of bb3. The audience has to wait to see how his love for Losliya, which many believe to be genuine, will pan out in the bb3 house in the future.