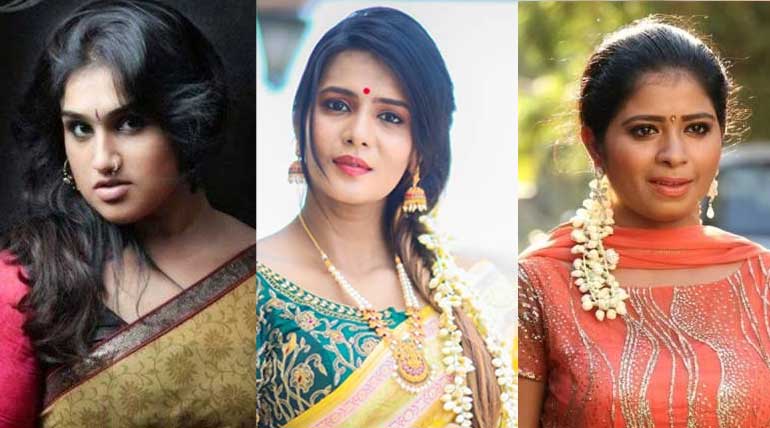 The prank task and the real task for the three selected captains:

Madhumitha started to read the Bigg Boss letter to the contestants. She said contestants should vote for one of the three for captaincy. Nominated Captain contestants are Abirami, Sandy and Tharshan. Madhumitha said that those voting Abirami should not put makeup.

But came the master blow from Madhumitha said all this is only fun and enjoyed it. Then she said the task is called "Mattikittiye Mannaru". The three captains should be glued together with a connecting belt. And the one of the three who not opts out of the belt will be the captain.

The three to be captains were moving around the Bigg Boss Tamil house together.  There was fun all around, and everyone was making fun of them.

Bigg boss started his captain selection process with 3 contestants Abirami, Sandy and Tharshan. Sandy was ready to oblige to the opinion of the other and left out of the belt. Then Big Boss wanted one of the two to opt-out to make the other win within the next buzzer. Tharshan was generous to offer the Abirami the captaincy.

It makes her be in the safe zone of not being in the elimination list this week. Later, the new team formed for Cooking Cleaning process along with Captian selection. As soon as Abirami was selected, it was not able to digest by Vanitha. She started the quarrel with her right after the nomination. Vanitha was fierce and also attacked Tharshan.

The first request to captain, Madhumitha requested the captain to curtail the girls from talking and laughing after switching off the lights.

Elimination process started from each contestant and Bigg Boss asked everyone to choose 2 contestants with valid reasons.  Most of them nominated Madhumitha (7 Votes), Vanitha Vijayakumar (7 votes) and Meera Mithun (7 votes) got highly nominated for elimination.

Saravanan (4 votes) and Mohan Vaidya (2 votes), got nominated. Since Losliya, Sakshi Agarwal and Sherin for only 1 votes, so they did not into Elimination process. Bigg Boss announced other five contestants for elimination.

Sakshi was highly energetic in the morning and equally danced with Losliya to start the day 15 enthusiastically.

Next came the crack in the Vanitha team with differences between Abirami and Sakshi. But the only factor that is binding them is the opposition to Jangiri Madhumitha and Meera Mithun. But Madhumitha only prays to God to empower her with the strength to stop the evil happening to her friends.

Meera Mithun continued her irritating quarrelling with even the quiet Losliya by accusing her of ditching her. But Losliya was smart enough to be not pulled into the quarrelling and left the place amicably.

Vanitha wants Madhumitha to be in the cooking team for which Sherin gives a terrorizing comment. She said to Vanitha not to allow Madhu near her when she has a sharp knife.

Sakshi Agarwal seems to blame Kavin for him talking more to Losliya than her. Kavin explained her true status to Sakshi Agarwal why is talking to Losliya and also explain who he is avoiding.