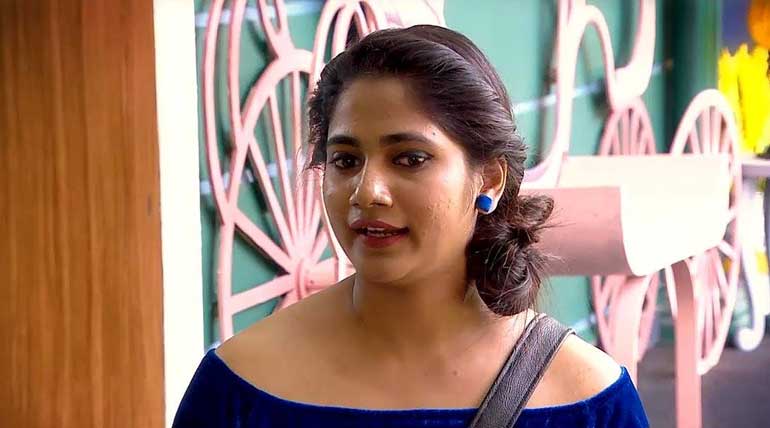 Day 18 in Bigg Boss Tamil House being close to the eviction day is gearing up for more drama and conflicts among contestants. The three promos released only confirm this for today's night.

The first promo is the stage set for another fight, but it is this time Losliya in the centre of trouble. The second promo is Saravanan getting angry against his male companions and using some threatening words. The third one is a song of the happenings of the BB3 for the past 17 days of Bigg Boss 3 Tamil.

The first promo brings in Losliya under attack by Vanitha and team:

The early morning tussle between the Vanitha team and others seems to target Losliya. Vanitha is found saying to Sakshi that it was the reaction of Sakshi of Losliya eating with Kavin being the starting point of many issues. To this, Losliya wants to say something.

Then in the bathroom, as usual, Kavin confronts Losliya alone. He asks her why is everyone making a hue and cry of nothing. To that, Losliya asks Kavin not to speak to her anymore.

With this suspense, the promo ends and brings in Losliya into the mess. It is going to be interesting how she reacts to the salvos of Vanitha and team.

Saravanan shows his frustration for the first time in BB3:

A quiet Saravanan for the past 17 days seems to have lost it due to his nomination for eviction. In the second promo, he appears to shout at his male companions of not being informed about something during a task.

Initially, he says that he has clearly explained the roles of all the participants and complaints that none of them told that he is not present there. Sandy tries to console him but cut short by Saravanan.

He even goes to the extent of threatening them. Maybe it could be a task, but it still shows his temper, and it could be having its impact on Sunday when the eviction is to take place.

Making fun of the 17 days happenings in the Bigg Boss 3 Tamil by way of a song:

The third promo seems to be an enjoyable one. It shows all the contestants singing a song about the happenings of the past 17 days of bb3. Everyone seems to be happy to see the silly things they were angry for and the actions which made millions enjoy ridiculed in the song.

The 18th day though still with the tension of eviction and the continued fight among the girls, seems to be an enjoyable experience today.