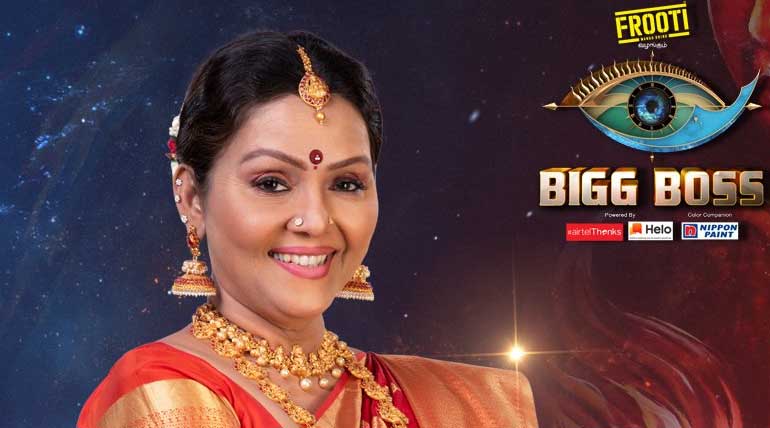 When compared to other Bigg Boss 3 Tamil contestants Votes "Fathima Babu" received lowest votes and the first person to leave Bigg Boss House. A well-known person for a very long time as Newsreader and she started acting in Tamil serials in recent year.

Fathima got eliminated not because of her character, compared to other contestants her popularity was very low and not many scenes shown from bigg boss house to the audience and which did not create any impact among audience.

Who and Why Fathima Babu nominated in Elimination Process?

Even though Fathima Babu never had fights with other contestants and was very cool with everyone during an uncertain time, she got nominated by Jangiri Mathumitha just because of the task where she expressed fun about Abirami bottle play as a kid.

When other contestants informed not to mention about it, Fathima Babu as fun she expressed it. This reason was the kick start of all the problems in the Bigg Boss house between Abirami and Madhumitha.

How Bigg Boss Tamil Season 3 got Billions of Votes?

Bigg Boss 3 Tamil voting method is entirely different compared to other bigg boss two seasons. Generally, we can give ten missed calls to each contestant, and in last season, Google Voting allowed single voting per user per day.

But in Bigg Boss 3 Tamil Season hotstar allowed 50 votes per day. We can vote 50 votes overall to any number of contestants or single contestant. This voting method made millions and billions of vote in this season.

Saravanan Meenatchi serial fame kavin got 2nd highest votes in season 3 first elimination round. Kavin already got tons of fans during serial acting and in bigg boss 3 Tamil house his cute activities impressed by everyone.