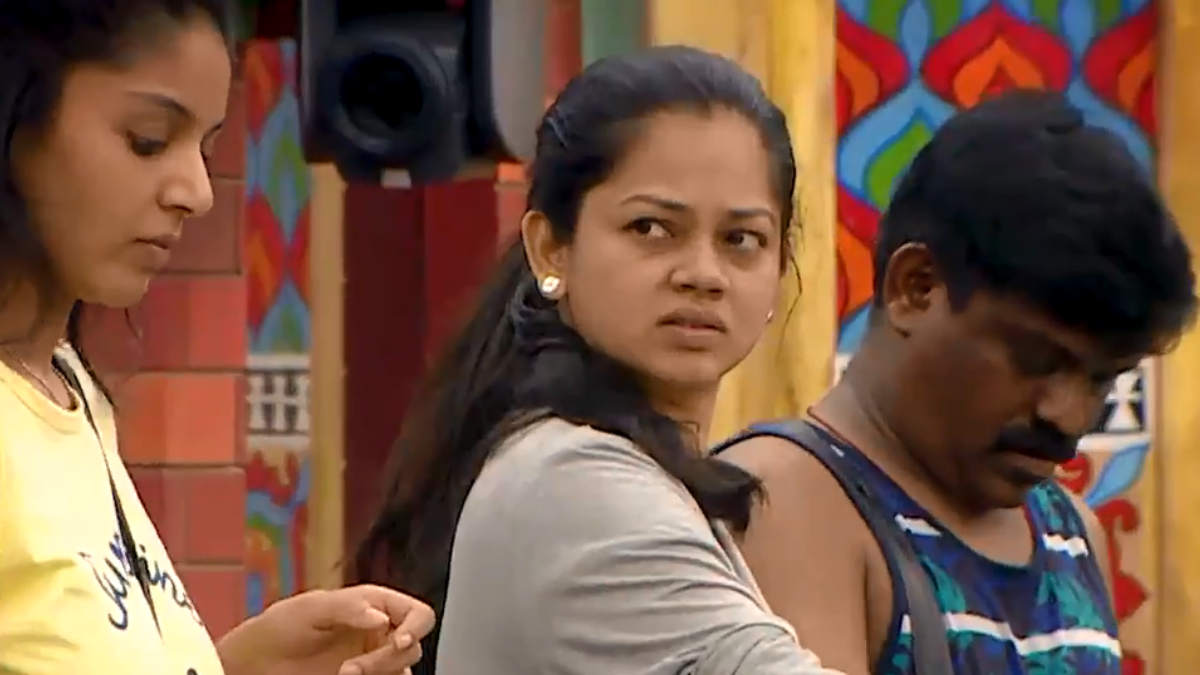 Anitha accuses Suresh for insulting her

The first official fight of Bigg Boss Tamil 4 has begun. How could Bigg Boss cross two days without conflict and misunderstandings? Here comes a trivial quarrel between Anitha Sampath and Suresh Chakravarthy.

Anitha Sampath accuses Suresh for taunting her, saying, "I won't talk to News readers because they spit while talking." Being a newsreader, it pokes Anitha's self-esteem, and she confronts him for saying so.

But Suresh denies the imputation that he doesn't utter a word which insults others. He adds, he doesn't like people who are exaggerating simple things. He also points out her stubborn self mentioning a famous Tamil proverb, "Naan Piditha Muyaluku Moonu Kaal."

While both are justifying their side to Rekha, who decided to resolve the fight, Anitha interrupts Suresh's discourse. He shouts, " let me finish" between the chattering. He refuses the allegation, saying he hasn't uttered a word that degrades her pride. Meanwhile, Rekha trying to calm Anitha, who is furiously blaming Suresh.

It is common in Bigg Boss house to broadcast short scenes, which are proof of people's accusations and complaints. So Anitha threatens Suresh to answer the short film, which is going to reveal his real face. He replies to her, saying, " short film is not enough; let's try lengthy film to learn the truth." and walk away from them the place.