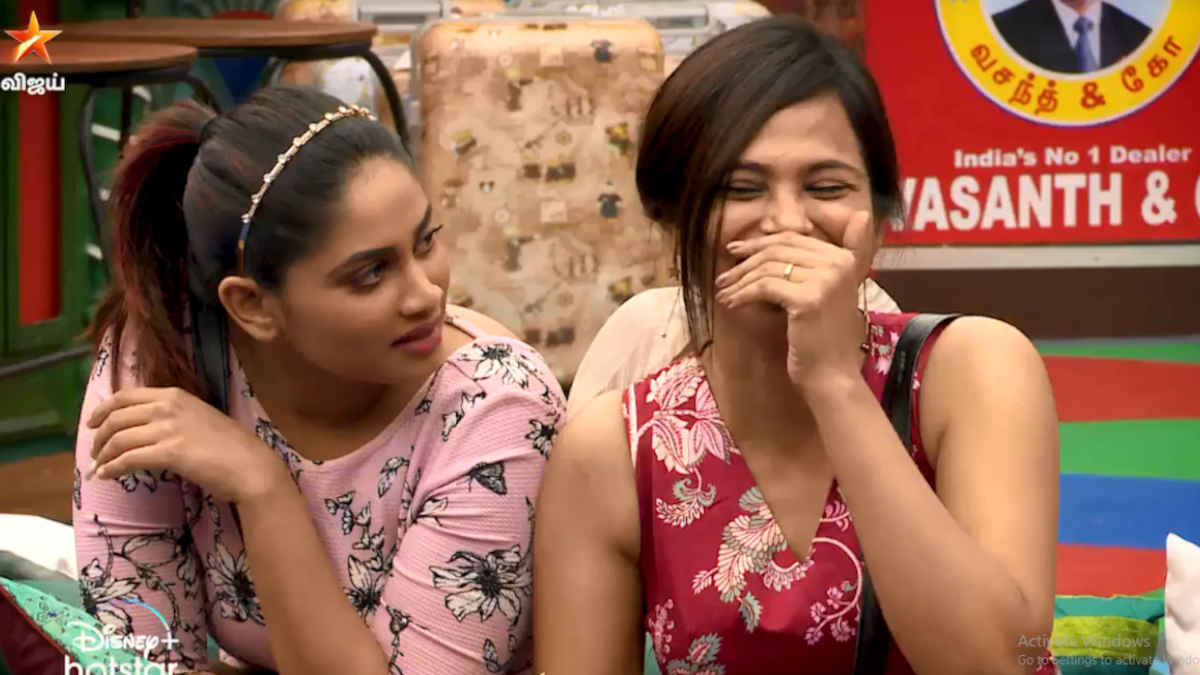 Shivani and Sanam are nominated by most of the housemates.

One week of Bigg boss tamil4 is over. based on performance, contestants were selected for the nomination process. Rekha, Geberilla, Sanam Shetty, Samyuktha Karthik, Aajeedh Khalique, Ramya Pandian, Shivani Narayanan, and Suresh Chakravarthy are the first-week Nominations.

Today everyone reporting to the confession room for nominating co-housemates, as per their perspectives. Every contestant should propose two contestants each with their reason for nomination. Suresh, Ramya, Aari, Samyuktha nominates Sanam for being fake.

"Basically, I feel she is fake caring people from day one, Aajeeth, approach others when he wants somethings otherwise, he doesn't care," Suresh stated.

Sanam nominates Samyuktha and Gabriella, and Anitha, Som Shekar, Samyuktha, Jithan Ramesh choose Shivani for not blending with everyone. Its been a week since Bigg boss started already people began to judge each other, and fights are raging inside the house. Let's see this season has the same popularity as last season.