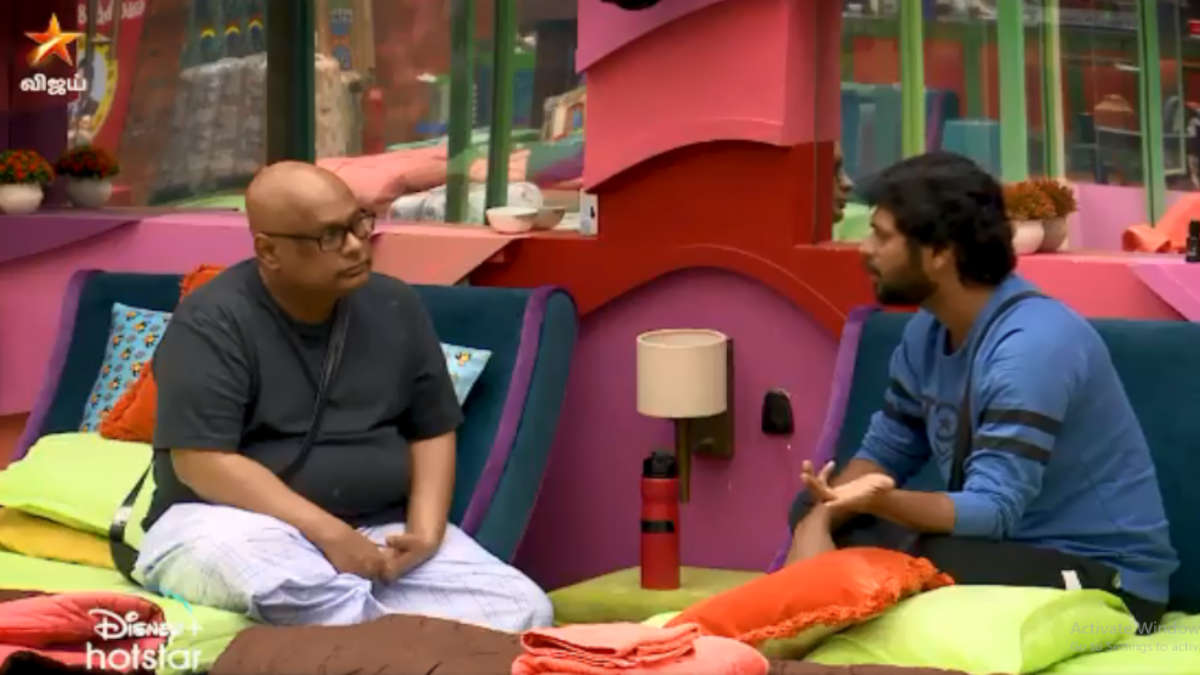 The second promo is a continuation of yesterday's episode. To get the Eviction free pass, Every nominated contestant needs to convince others why they deserve it. Suresh Chakravarty said he was cornered by the other contestants for being an old man. He also said there is a groupism inside the house.

Rio gets furious to know Suresh's answer and demands Suresh to mention people who are forming the group. Suresh confidently says, "yeah, there is a lot of groupsim in the house."  Rio imputed Suresh that he indirectly mentioned Rio, But Suresh denies it. He said, "I know you and Nisha were friends before the Bigg Boss, she supports you, but you both never done any harm to me."

Rio has been embraced by the Tamil audiences and received many love from them during his film release. He was admired for his generosity, which continues in Bigg Boss house too. When Suresh denies that he didn't talk about Rio and Nisha, he stands for everyone and says, " I'm asking,  What have WE done to you."