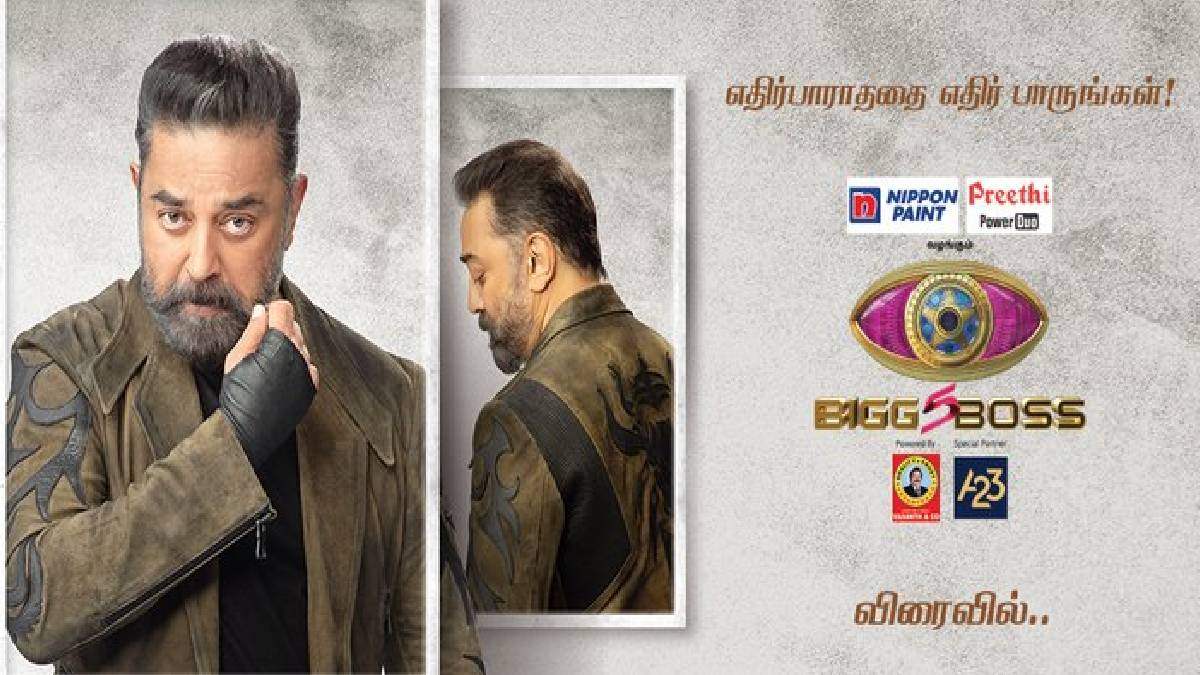 Bigg Boss Tamil is stepping into season 5 with a good reach on the previous seasons. From Bigg Boss season 1 to Season 4, the episodes went interesting with many clashes, love, misunderstandings and arguments. The interesting facts pop when there come the talks after the completion of tasks.  Time just moves swiftly when the show begins.

Bigg Boss Season 5 Tamil is on the list of the most waiting reality show to be watched. The contestant lists are almost ready, and Vijay Tv is very cautious in picking up the contestants this year. Many interesting names of the celebrities are in the air, which makes the fans get curious to watch the Bigg Boss Tamil show.

Soon after the launch and release of the Bigg Boss 5 Tamil logo, the updates were poping after the other. As of now, three Bigg Boss Tamil 5 Promos have come out. The fourth promo of the Big Boss show has been released. The promos are super cool with good and humorous content. Kamal Hasan comes in different costumes and looks which is so admirable to look.