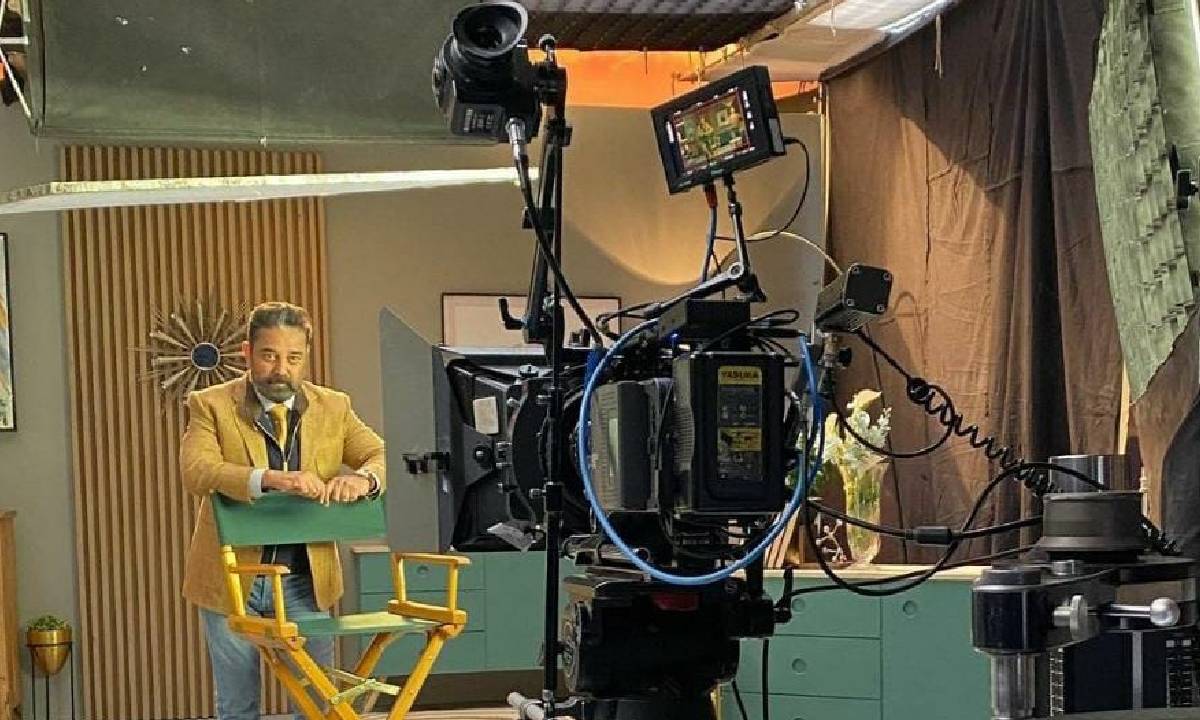 It is stimulating to know the contestants of Bigg Boss season 5 Tamil as the images of the Biggboss season 5 set is released. Meme creators and content creators are ready to showcase their creative minds, which makes the viewers enjoy.

Initially, there fled a rumour where actor Simbu our  STR, will host the Bigg Boss season 5. Most of them were so excited to hear that, but later it was swept away as a rumour. No matter what age it is, people watch Bigg Boss, which screens how the celebrities are spending time even after knowing that the public is watching.

The Bigg Boss season four was the most extended season as the show began very late due to Covid, and the show days were also extended as the fights were also prolonged inside the house. The fans army started with the Oviya army in season 1, and it is continuing with many contestants armies.

The list of Bigg Boss season 5 contestants are flying with an exciting name, and at the top of the list comes the Cook with comali troops. Kani is the most expected constant from the beginning of the talk. Follows the wild card entry constant Assem, who failed to join the Bigg Boss season 4 due to personal reasons,  Mynaa Nandhini, and then the Telugu actress Shri Reddy.

It is said that a talk was done with actress Ramya Krishnan regarding the Big Boss season 5, but further updates were not said. At least two contestants from Cook with Comali season 2 will be in the Bigg boss house because Ramya Pandian, Vanitha Vijaya Kumar, Rekha were screened in the earlier seasons.

The tasks given to season 4 were complex compared to the other seasons, and Ramya Pandian did her best in many tasks. Bigg Boss will turn the judgement that we have on contestants when the show starts to move. This will be an actual example of not judging anyone by the look.

A few unforgettable pieces of stuff that happened in Season 5 will be the clash between Aari and Bala, the Relationship between Bala and Shivani and how it was projected and judged, The entry of Shivani's mom, the Entry of Anchor Archana and the misunderstanding that happened after, Fight between Anitha Sambath and Suresh Chakravarthy, Aari and Samyutha clash on motherhood, first fight between Bala and Sanam Shetty and the list goes.

Whatever it be, a wide of range fans bumped in Bigg boss Tamil season 3, where many youngsters ruled the Vijay television. Even now, many youngsters are watching the season 3 Bigg Boss Tamil scenes separately. The contestants were Sherin, Kavin, Sandy, Losliya, Mugen, Meera Mithun, Sakshi and others. These contestants are creating an identity on their own in recent days as actors, actresses, supporting roles, etc.

Fans are waiting to know the official list of Bigg Boss season 5, and the set is ready at the same time Actor Kamal Haasan started his promo shoot. Season 5 will begin in October, and the date is not finalised yet.