Bigg Boss Tamil 3 Did Sakshi Have Real Concern Towards Meera? 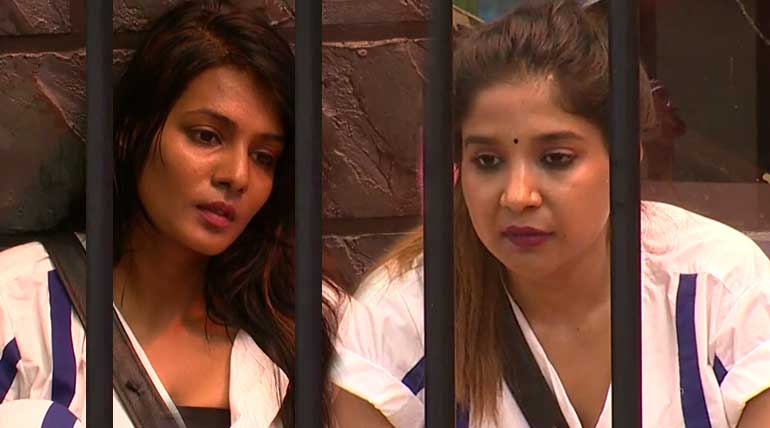 Bigg Boss Tamil 3 Did Sakshi Have Real Concern Towards Meera

Bigg Boss Tamil season 3 rocks the stage with enormous content from all the contestants.

Sakshi, Abhirami, Sherin was forming group initially and were together always. Meera's entry has come as a surprise to them, and they were feeling indifferent with her arrival.

Does the captain tag change everybody?

When Abhirami donned the captain hat, she has become so concerned towards her fellow mates in the house, and her behaviour has become topsy turvy. Even people are so bewildered with her behaviour though in the right way.

The same is getting repeated with Sakshi. She seems to be right in her behaviour and does not show any grudge to the housemates.

But even she showed group-centric attitude initially. The captain title for the second time changes the behaviour of the people for a good cause.

But in both the cases Meera was the one who behaved as a fighter cock. Both Abhirami and Sakshi were unable to fix her concerns. Sakshi was trying to figure out steps to befriend with her but in vain.

Yesterday in jail, Meera was unable to digest Sakshi's talks with her friends as she always stands aloof. Hence she screamed stating that their conversations disturbed her and she has developed a headache because of the same.

Sherin reacted immediately saying, "Sakshi you tried to gel back with her. But this is what her real colour is. Unable to patch up with her," for which Sakshi nodded.

Already Sakshi was terribly upset with Kavin's deeds. Meera's attitude added salt to her wound. But for people, Sakshi looks sober, but the mystery unsolved is how the captain title changes people upside down?

Bigg Boss Tamil 3 Did Sakshi Have Real Concern Towards Meera?