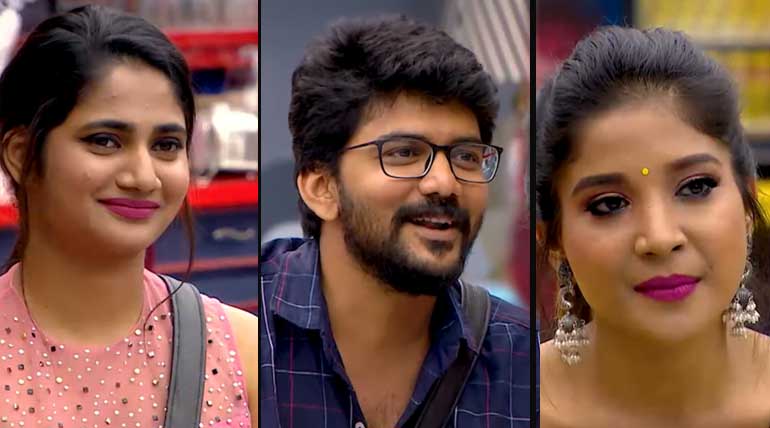 Kamal asks Kavin "Why to worry when you already have two bananas" in the promo 3 for day 27 of bb3.

Kamal commented to Kavin comparing the chocolate to banana which is in line with the talk among Tamil people comparing chocolate of Bigg Boss Tamil to banana joke.

When Senthil can convince Goundamani with one banana, why you are worried about having two bananas, he asked Kavin. It sent everyone to fall laughing. But Kavin requested to Kamal, to leave the issue as he has with great effort convinced both of them.

The third promo confirms the tragedy of Kavin made light by Kamal:

The third promo also focuses on Kamal stealing the Bigg Boss Tamil show from the contestants. He is again proving his mantle of single-handedly increasing the TRP ratings of Bigg Boss Tamil.

He compares the infamous chocolate of bb3 to that of the famous banana joke of Senthil and Gowndamani in Karakattakaran movie.

The casual Senthil without any worry in the world irritates Goundamani with one banana:

Senthil in that movie will have one banana and without any worry or fear will refer it to two bananas to the complete irritation of Goundamani.  Referring it, Kamal said to Kavin that you have two bananas then why should you worry.

It reflects the Bigg Boss talent of recognizing the audience interpretation of the chocolate with banana.  It is one of the reasons for the tremendous success of bb3.

Triangle love issue is going to be the subject matter of day 27 of bb3:

Kamal proves his supremacy over the show and his keenness in knowing all the happenings of Bigg Boss Tamil 3 up to date.

All the three promos only confirm today Bigg Boss Tamil 3 with Kurum Padam an entertaining and wholesome entertainment for all the audiences today night at 9:30 PM in Vijay TV and Hotstar.