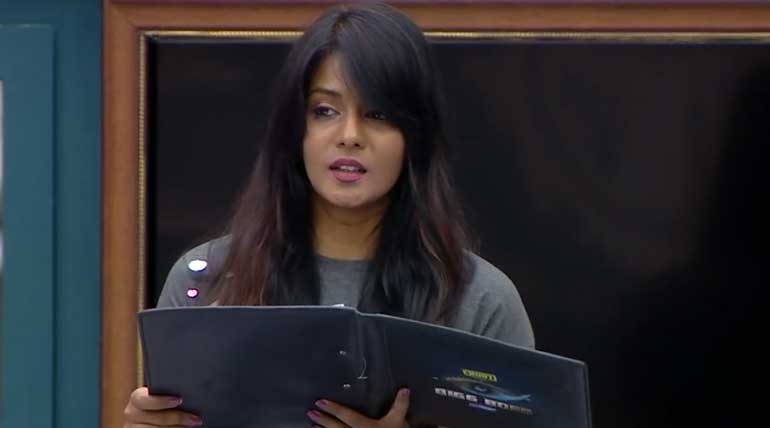 Why is Meera cornered this week by all contestants of the Bigg Boss Tamil house?

Is it intelligent for Meera of being in the controversies all the time this week or is it foolish? It is the question that arises to the mind of many audiences watching Bigg Boss Tamil this week. Seeing her pathetically putting up her case unnecessarily to whoever is listening looks horrible. Is she gaining sympathy from the audience or the opposite?

Do Meera and controversies start from day 3 to day 25 of Bigg Boss Tamil?

The first day went okay. But from the second day itself, Abirami was angry with her and asked her not to talk to her. It was the beginning and continues until the 25th day.

Meera nominated in the first week for elimination:

Even though Madhumitha was the eye of the storm in the first week, Meera Mithun was also was in the fray of being evicted. In the first week issues of Madhu, Meera issues did not make it big on the show.

What makes Meera to be nominated by 11 out of the 12 existing contestants this week?

Except for Saravanan who was busy nominating Vaidya and Abiraami or else he would have also voted for Meera's eviction. That leaves the whole house against her.

Is she purposely doing this to gain sympathy? It is the big question for many as sympathy saved Madhumitha in the first week. But if carefully watched, Meera seems to be not in her usual self in all the 24 days in the bb3 house.

She has a high regard of herself and says only others fearing her existing in the Bigg Boss Tamil house is creating issues. But she forgets that it is her arguing nature and dominant speeches like Vanitha which is getting her into trouble.

Is Meera's inability to understand the Bigg Boss concept causing her issues?

Meera's inability to understand the Bigg Boss Tamil show concept may be the reason. Or, it's a wrong understanding. Games organiser makes the contestants in confusion state, who is real and who is fake. Which brings the fight among contestants, that's what happening in Bigg Boss Tamil House.

Anyhow only one is going to win the bounty prize. Everyone wants others to leave the house to win it. Hence it is a dog eats dog world only in the end. But how well all behave in these circumstances is the spirit of the show.

How one is behaving in an adverse situation brings out the real face of him/her. If this concept is well understood, Meera may not make the mistakes of Vanitha. This weekend will know if Meera understood the Bigg Boss Tamil concept rightly or wrongly will be known.