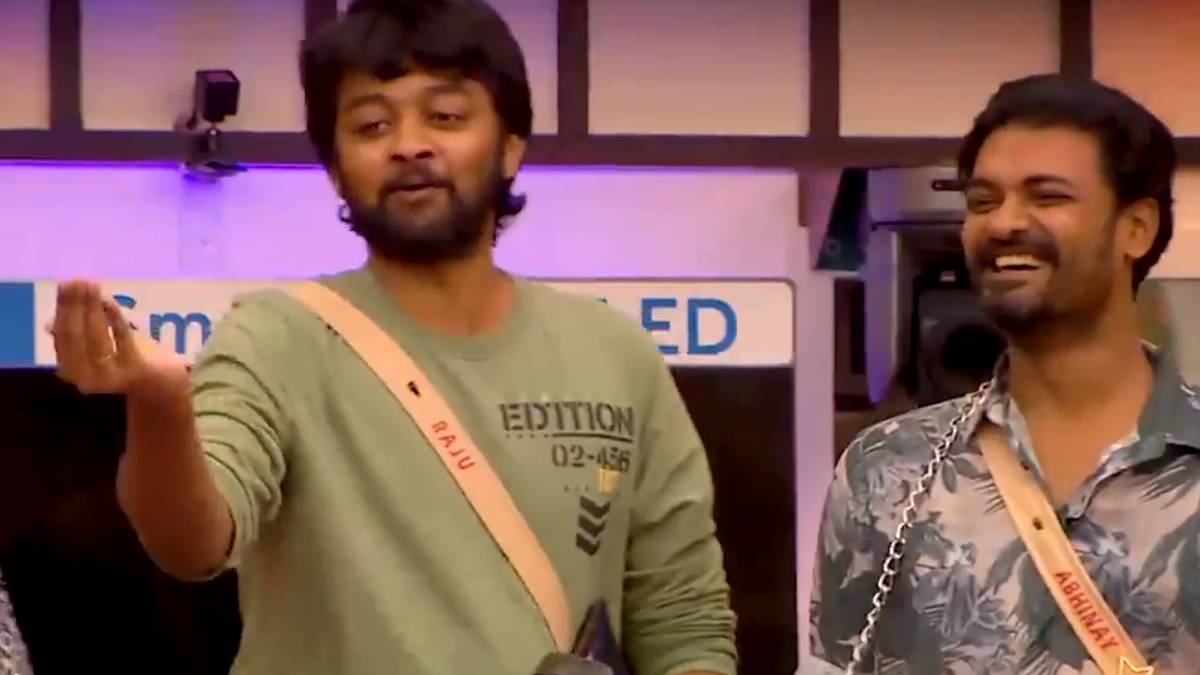 Bigg Boss Tamil 5 is coming to the end of its third week. This week show was slightly entertaining compared to the early episodes. The fights are clashes began inside the Bigg Boss house, and the reason behind this was the task 'Pancha Thandhiram'.

The task was given to each contestant to tell them which Panjabootham they were going to agree with, and also, the contestant must point any of the 'panjabootham' to the other contestant and criticize them.

This task was held at the Dining Table, and all the housemates were present. This task was a bit interesting because all the contestants conveyed what they felt about the other contestants. Among everything, Raju's criticism of Priyanka was super good.

Pavni Reddy stood and said that she thinks of herself as Water that flows even there are hurdles. No matters what problems come and go, water flows. Pavni mentioned Akshara as Wind.

Next came Priyanka Deshpande as Water, saying that she will flow in the thought what her mind says. She mentioned Raaju as Air, saying that don't know whether he was a fragrance or stink. And then Iykki Berry said herself as Land that is stable. And mentions Isai as Fire.

Ciby comes as the next and takes himself as Fire and comments Raaju as Land for his patience after knowing everything that happens around him. Madumitha takes her like water and giver Water to Abinay.

Raju then stood, and he said that he saw him as everything (Sky, Air, Land, Fire and Water). Later, he mentioned him as Air. Raju retaliates by saying that Priyanka will be a breeze to those who treat him as a friend; he will be a storm for enemies, for manipulators will be a hurricane.

He also criticized Priyanka, saying, "Priyanka is Fire. The first thing man invented was Fire, and only then did revolution begin. If a piece of it falls on the head, it is bound to die. So look and use it carefully.

Varun looked at himself as Water and gave Water to Isaivani. Chinna Ponnu considers her as Land and mentions Fire as Ciby. Suruthi opted for Fire abd gave Water for Annachi. Last was Akshara Reddy, who mentions herself as Land for her patience and says Isaivani as Air.

Will the completion of this task Bigg Boss Tamil 5 day 16 come to an end. The curiosity keeps increasing to know who is going to get eliminated this week as the housemates are fighting inside the Bigg Boss 5 Tamil house to save others.