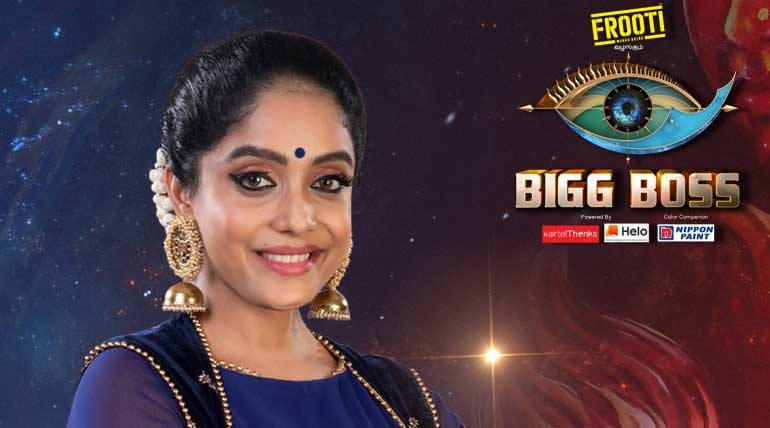 Abhirami Venkatachalam, one of the contestants of Bigg Boss Tamil Season 3. She is an Actress, Model and a dancer too and completed Masters in Bharatnatyam.

Abhirami calls herself Abirami Iyer and she has debuted Tamil film industry through a movie called Kalavu which was released in 2017.

She has also acted recently in the upcoming thriller movie " Nerkonda Paarvai " in which "thal" Ajith played the lead role. This movie poster and the teaser is viral in social media and it is slated to release on August 8th, 2019.

Abirami may be one of the actors, had she not shown-up in Bigg Boss Tamil. Now, this show has triggered many expectations on how she has presented herself in the role she played.

Abhirami is a Chennaite born on 9th March 1991 and Abhirami Venkatachalam aged 28. She is called by her nickname Abi and Ammu. She lives in Chennai.

Abhirami finished her schooling in Sri Shankara Senior Secondary School and did B.A in history. She has done her Masters in Bharatnatyam from Rukmini Devi College of Fine Arts popularly called as Kalakshetra under Madras University. Her father's name is Venkatachalam and mother's Aruna. She has one sibling named Krishna Kumar.

Before showing up in media industry, she featured in a web-series in youtube which has got good responses online. The name of the web series is "Ctrl Alt Del" which was produced by PutChutney youtube channel.

Ctrl Alt Del Web Series was the turning point in her life which gave her a huge breakthrough and her face id was registered online. She was the winner of the title "Miss Tamil Nadu" in 2017.

With this background, she entered Bigg Boss Tamil season 3, and she is one "angry bird" inside the house. Sometimes it looks very stupid from the public point of view. Yet she gets along with the team well except for some notable cases. She has gotten nominated in this week elimination list. Will people vote and save her?

Missed Call Number to Vote and Save Abhirami Venkatachalam: 8367796801