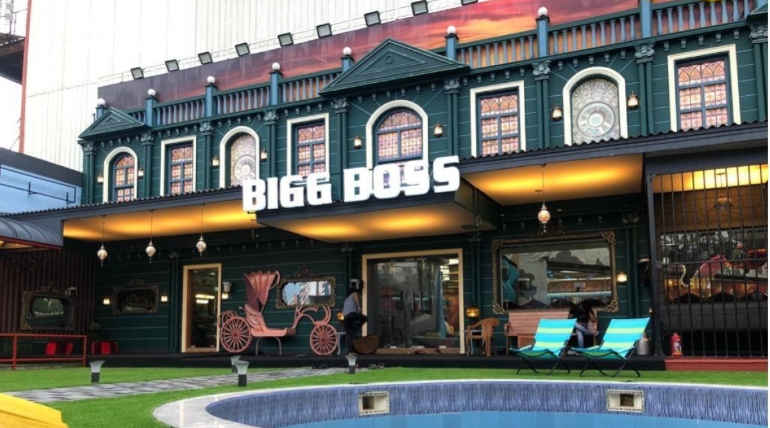 Kamal makes a youthful entry to the envy of many youngsters on the 20th day of Bigg Boss Tamil 3.  He gives a hint of his today's flaunting the whip on the contestants that many of them are walking away from talking to solve the issues.

In particular, corners Madhumitha that she goes to pray to leave a consolation talk.  Kamal wants to send a bear into the praying of Lord Siva. Next comes the happenings of day 20 in Bigg Boss Tamil House.  As usual, Vanitha starts criticizing Madhu for her lack of cooking skills. She brings in the Tamil girl who does not even know cooking.

Saravanan seems to enjoy as the captain of the cooking team and makes the most of it. Many and others like his cooking run in the opposite direction. The rest of the 20th day is gossip, love talk, accusation and many others. Next, it was to Kamal to take center stage of day 21 of BB3.

Kamal is all praises for Sandy:

Kamal first started with the good aspects of the contestants. The first was to praise Sandy for his contribution to keeping the BB3 house in a happy atmosphere.  He brings in the angry reactions of Vaidya and nullifies them that even Vaidya wanted Sandy to continue his comments on others.  Then comes the song of the show, which was good and enjoyed by the audience, Kamal, and also the contestants.

Losliya next praised by Kamal:

After Sandy, it was Losliya who was commended by Kamal for her teaching many skills to the contestants. But he accused her of running away from issues. To that, Losliya explains what happened during that interaction with Tharshan, but Kamal seems to stress his point.

Next, he wants to hear the story 'Mynamma' told by Losliya to FathimaBabu in the initial days. After the story was told, Kamal said it is not a story but the life experience of Losliya. Then as he said, he starts to question the contestants for their mistakes in the Bigg Boss Tamil house.

Sakshi Agarwal to be the first questioned but Vanitha as usual and gets blamed by Kamal:

Kamal wanted to know is Sakshi Agarwal against the murderer of Abirami. To that, Sakshi tries to explain when Vanitha intrudes and gets blamed for trying to keep the focus on her all the time. Next was Abirami and her consolation of Madhu.

Kamal seems to come down heavily on Madhumitha for her comment on the dress, and even the explanation of Madhu did not pacify Kamal. He continued to say It is utterly wrong to blame the victims of rape, and it is only the psycho disorder of the perpetrator.

Next topic Kamal to be brought up was the issue of the duty to select the captain out of the three nominees. Tharshan gave a detailed explanation to his outburst, which was well received by the audience. Kamal praised by Tharshan as the hero who voices against the evil.

A prank on the evicted person by Kamal:

Suddenly Kamal announced that the eviction would happen today instead of tomorrow.  He sends Sandy to bring a cover from the room and opens it to see Mohan Vaidya's name. Mohan was sobbing uncontrollably and started kissing the contestants good bye. Kamal wanted to stop his kissing and also said it was the card for the 12 cores votes and their support for Mohan to be in the bb3. The eviction is to happen only tomorrow as usual.

With Mohan out of the eviction, it is only four left out of which one will be evicted tomorrow.  From the speech of Kamal today it seems that Madhumitha will be the likely chance for eviction tomorrow.