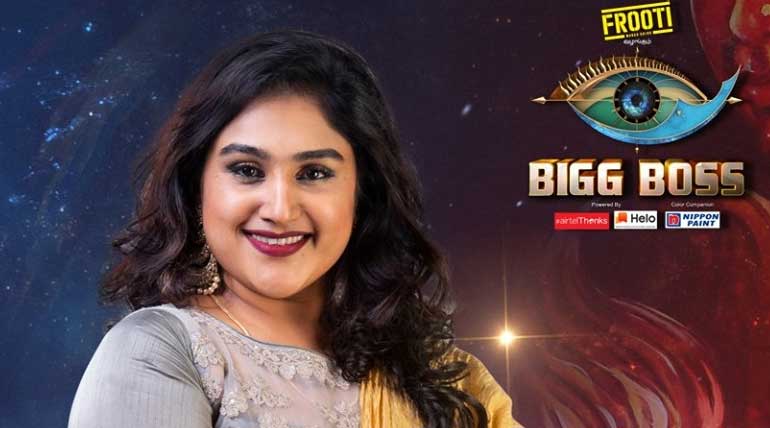 The reasons for Vanitha's eviction by other contestants:

Of all the contestants Losliya was outspoken of the reasons for Vanitha's Elimination. She accused her of ballooning even small problems out of proportion by her needless intrusion and from the day she came, she was adamant on what she said is always correct.

Even in the Tharshan issue, she must have apologized for her words but did not do so.

Most of the contestants except the Vanitha team only brought out the various adamant, authoritative, unnecessary intrusion, blowing out of proportion of small issues, and many more as the reasons for her eviction.

To that Kamal said why don't you come and reply here. That left a gloom on the Bigg Boss Tamil house on the realization of eviction of Vanitha. She was shocked and said she did not understand the reason for her removal and was saying that she had only completed the murderer task successfully. Then it was hugging and crying before Vanitha left the Bigg Boss Tamil house.

Kamal praised Vanitha for maintaining the Bigg Boss Tamil house and also upheld the spirit of all the rules of the tasks. But Kamal questioned her on what could be the reason for her getting fewer votes even after the Tamil people voting a whopping 12 crores.  Vanitha did not know to give any reason to that and suggested the number provided should be wrong.

Kamal gave the reason for her eviction indirectly of saying humanity is to be provided by all as they expect it from others. Vaidya again started sobbing uncontrollably and made fun by others. The Vanitha team said they missed her already.

Live your life was the message of the parting words of Vanitha, and she wanted everyone to complete their duties as human beings.  Kamal and the audience widely appreciated it.

Expect the unexpected is the tagline of Bigg Boss Tamil Season 3 and that was what happened today by the eviction of Vanitha. Whatever may be the reason the Big Boss 3 house will sure miss the dominant presence of Vanitha.

The big boss continued his questioning of the contestants' activities in the Bigg Boss Tamil house on the 21st day. It was Tharshan and Meera questioned on their arguments during the week.

Both gave lengthy and personal explanations, and Meera even brought in Losliya into the issue. Kamal jokingly or earnestly said that during his young days like the one in classic movie Varumaiyin Niram Sivappu, only the fingers of the lover's touch after a four and half minutes love song.

Also, Kamal said the happenings for the past two to three weeks are abundant and congratulated the contestants for their commendable contribution to it.

Saravanan secrets out in the open among laughs of audience and contestants:

Next Kamal started questioning Saravanan, which brought a lot of laughter due to the revelation of the family secrets of Saravanan. He said that he has left both his wives together, which brought in the comment of Kamal that he is more worried about wives than his child.

Also, Kamal philosophically says that it is the parents who only worry about the children's separation and about whom of the father or mother the child likes and not vice versa.

Saravanan and Madhumitha in the safe zone this week also:

After the four contestants were asked to search for the card of the eviction, it was Saravanan who got the card first and was happy to see his name on the card.

When he happily brought the card to the Bigg Boss with thoughts of going to see his family, he was shocked that it was for only retaining the contestant. The Tamil people save Madhumitha one more time. Now it left only for Meera and Vanitha on the eviction list.