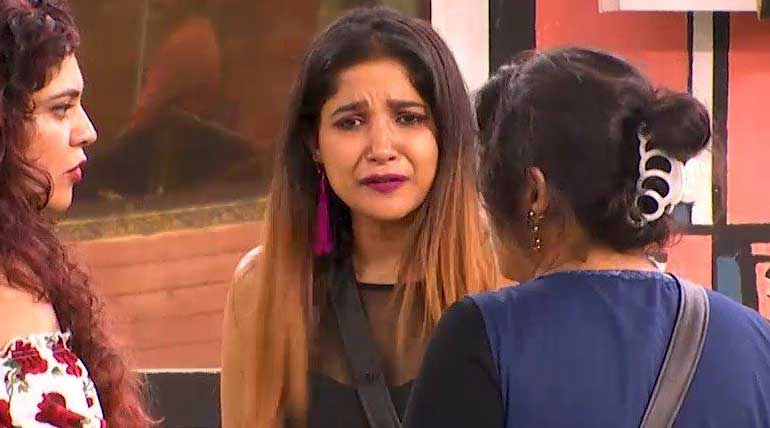 Sakshi elected as captain, the outburst of Vanitha against Tharshan are the main highlights of day 19 of Bigg Boss Tamil Season 3

The 19th-day in Bigg Boss Tamil Season 3 episode showed the continued fight between Meera and Madhumitha of the 18th day night. Also, the imprisonment of Cheran and Kavin happened on the previous night. The prisoner dress aptly suits for both of them.

Kavin jokingly says that Losliya has no option but to see him since his daddy Cheran is also with him. Then the day 18th ends with the romantic love talk of Kavin and a responding Losliya and apologetic talk between Tharshan and Meera.

Day 19th starts with the release of Cheran and Kavin from jail. Next, a buzzer to buzzer task began to elect the captain of the house. The contestants were given two sets of fluorescent dress and a killer coin.

Two contestants will participate first, and one will have to put the coin on the other before the buzzer sounds. If he/she succeeds, he/she will be in the race of captain and if the runner succeeds with the killer coin without being fixed on him/her is in the race for the captain.

Vanitha frustrated of not being able to put the coin on Sakshi Agarwal:

Tired of not doing it, Vanitha started the ruckus. She said that the game is not fair and she is not going to continue it. When Tharshan intervened to say she has to follow the rules, she got wild and started shouting at the top of her voice.

Then the buzzer sounded with Bigg Boss announcing Sakshi as the captain of the next week. With this Sakshi cannot be nominated for eviction next week.

Losing the captain post, Vanitha became totally out of control. She started abusing at the top of the voice. She said she will not put the mike and will not participate in any activity.

After mediation from Cheran and others, Tharshan asked sorry to Vanitha, and the issue was put to rest. Sakshi announced teams for next week.

A task of remembering the beautiful moments of being in the bigg boss 3 Tamil house all the contestants were made to paste their fingerprints on the Nippon plates. The day ends with the cooking team discussing the preparations of the cooking.

Vanitha's anger & outburst and Tharshan opposing her was the highlight of the 19th day in Bigg Boss House along with Sakshi being elected captain for the next week. It will bring a lot of trouble within the Vanitha team next week.

Today will be exciting to see Kamal in the show, and his views and criticisms will be the highlight of today's show.