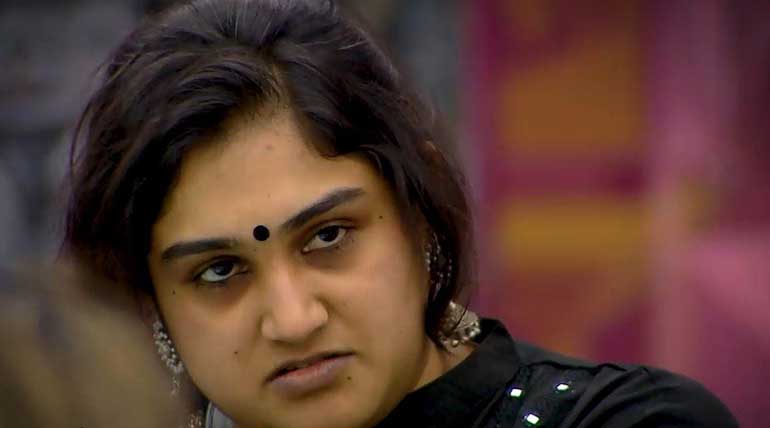 Eviction process started after discussing with contestants. Before Eviction Kamal asked nominated contestants Saravanan, Vanitha Vijayakumar, Madhumitha and Meera to search cards in Bigg Boss House. Saravanan found the card and read his name to be in the safe zone today.

Meera and Vanitha Vijayakumar was left out, and Kamal showed Vanitha name in Eviction card and requested to come out of Bigg Boss House. Vanitha was shocked and could not tolerate why got eliminated and played well in murder game.

When she is in Bigg Boss House, she felt her arguments and conversations was right. But when it comes to audience view, she appeared to be over dominant contestant and never gave respect to any other contestants. Vanitha involves her in other problem with making the team inside Bigg Boss House.

She tried to change task rule when she felt she could not win with Sakshi and not accepted when Sakshi accepted as new Captain of Bigg Boss House.

All these behaviour already noticed by the audience in previous Bigg Boss seasons. Vanitha Elimination proves that Bigg Boss reality show works not with TRP, typically based on Public Votes.