Bigg Boss Tamil Season 3: Eviction by TRP or Popularity or Active in Task 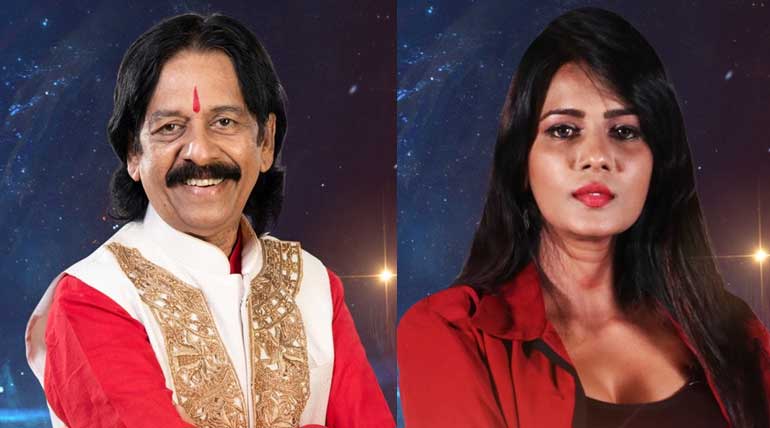 Eviction by TRP or Popularity or Active in Task activity. Voting to save the five contestants of this week has ended midnight yesterday, i.e., the 12th day of June 2019. Today the Bigg Boss may hint about some of the contestants' eviction or staying in the Bigg Boss Tamil house.

The fans and the audience will be glued to the TV sets and the streaming Hotstar to find out who is going to be evicted out of the Bigg Boss 3 Tamil house tomorrow.

The following are the predictions of the five nominees for eviction:

The predictions for the five nominees are based on the TRP ranking or popularity among the public or their active participation in all task in Bigg Boss 3 Tamil house.

Whatever the votes may be, the decision of the Star TV is final regarding the eliminations. Only on signing an agreement approving it the contestants are participating in the show.

Hence the following vote predictions may help the audience to predict the outgoing contestant on the 14th July, i.e., tomorrow.

Vanitha, without a doubt, is the TRP ranking enhancing contestant. The show without Vanitha will not be the same as it is now. Her boldness in interfering with all the activities of the show is commendable.

Though it irritates many contestants and giving respect to her age and being a mother of three children, make others not easy to confront her. Even Tharshan who opposed her on correct grounds was mediated to ask sorry to her.

Hence Vanitha Vijayakumar is in the top of the TRP rankings even though low popularity before Bigg Boss Season but Active person in Bigg Boss Task.

Last week Madhumitha got the maximum number of nominations from almost all the contestants for eviction. Also, she was the target of the attack of many contestants.

But the sympathy to her among the Tamil people got her the maximum number of votes (Millions) to be saved by them. But she did not utilize it properly or made to not use it by Vanitha and team.

This week she was active in the Bigg Boss 3 Tamil with a smiling face and even advising others. She made a perfect prank of all the contestants on 16th July when she read out the task for selecting the captain among Meera, Tharshan, and Sandy.

She is also responsible for the TRP rankings by sympathy in last week but not much appearance shown in Bigg Boss house this week. She stands next to Vanitha to be safe with votes.

Mohan Vaidya being not the captain this week was not his usual self all this week. He seemed to be irritated more and was seen grudging and yelling most of the time.

The laughing and co-operative Vaidya of the first two weeks is missing in the third week. Also, the audience support may be fewer for him to get the votes. Hence Vaidya may not get the desired votes and may be evicted this week.

Meera was also a surprise drop-out from last week's eviction. But she also did not learn much from it and continued her argument nature all through the week. Also, she is not much of a support for TRP ranking, not much popular in public and not actively shown in Bigg Boss house. Hence she may be the choice for eviction on Sunday.

The Most likely candidate to be evicted this week will be Saravanan. He is not part of the TRP ranking, comparing to other nominated contestants his popularity is much with the public, but he is not too active in any task given by Bigg Boss house or maybe not appropriately appeared in camera.

Also, he seems to be wanting to go back home as early as possible. His reactions to others in a threatening manner when ordered to be put in jail will add fuel to the fire of choosing him for the eviction.

Whatever may be the predictions it is Kamal and the Star TV which is going to decide with the votes. Today will be crucial to get a hint from Kamal to identify the person to be evicted. But it will be all known on tomorrow's show. .

Bigg Boss Tamil Season 3: Eviction by TRP or Popularity or Active in Task