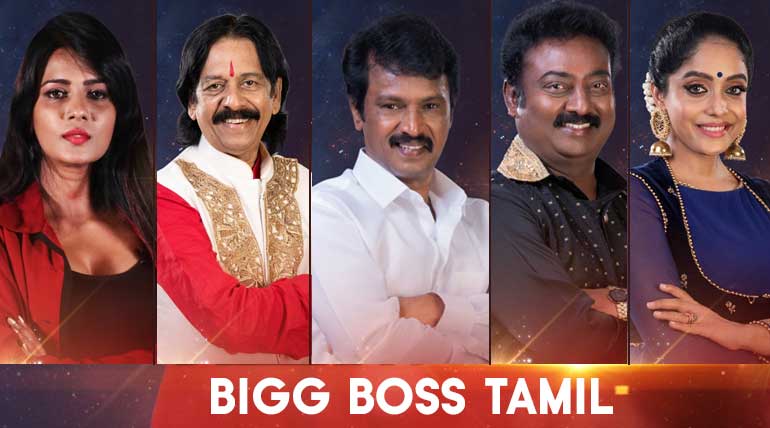 Bigg Boss Tamil: Save this week contestants with the easy voting method

As the weekend approaches the elimination fever is back for not only the contestants but also the millions of audiences. Who will be one of the five contestants is the question looming around the Tamil people all over the world.

Who are the contestants selected for nomination for this week Bigg Boss Tamil 3?

All of the contestants except Saravanan and Meera, who got the maximum votes. This week the contestants in the elimination list and the number of nominations votes they got from the other contestants.

Who is the likely contestant out of the five to be evicted this weekend?

This week the eviction list by the big boss is in the line of the contestants more than the earlier two weeks. The two surprise candidates in the list were Cheran and Abraham. The other three were all the much expected by the contestants and the audiences.

From the happenings in the house, the most likely candidates to be evicted are the following two:

Meera with the highest number of nominations from the contestants stands first in the eviction list.  She is nominated for the eviction second time in bb3.  She seems to be lost in the bb3 house and all her attempt to be good is thwarted by the others.  Will, the sympathy for her from the audience will save her from eviction has to be seen this weekend.

Saravanan who seems to be a child lost in the crowd among the contestants from day one.  Also, he expressed his view of leaving the bb3 house many times. His controversial remarks about Vaidya could make him leave the house this week. Also, his domination in the cooking team was also not favoured by many to be evicted.  Also, more than half the contestants voted for him to leave.

Voting in the third-week eviction:

The voting in the Bigg Boss Tamil 3 is breaking all records with every week. The first week got ten crore voting which was exceeded by the second week with 12 crores.  Will voting cross this level has to be seen on Saturday. It only emphasizes the increase in popularity of the bb3 house than any other show aired in Tamil.

For voting easily from your mobile giving ten missed calls to the contestant to be saved and 50 votes from Hotstar app to keep the spirit of big boss 3 alive.