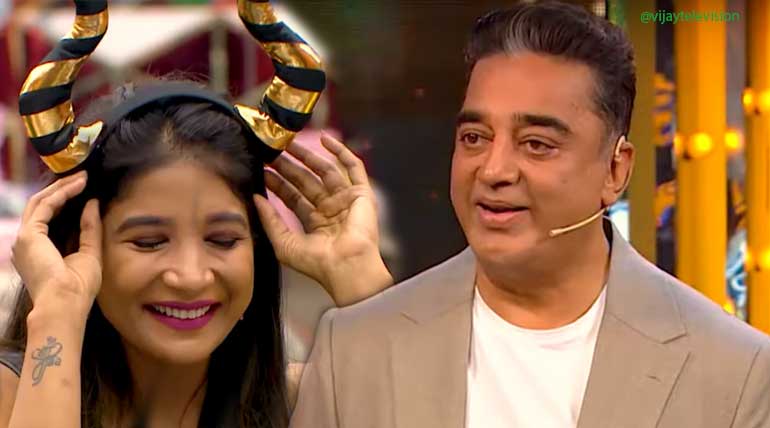 Bigg Boss Tamil season 3 gathers more attention across the state with balanced content being given by all the housemates. Last week Sakshi again was playing old tunes hence not of much interest aligned with her activities. This time again, there is speculation that she is getting evicted. The much-awaited secret room is also not expected. Long-time Sakshi's same content this time have not worked it seems. Again it is a speculated truth. Maybe a defacto. Even Sherin was vexed at one point of time this week

In today's episode, Kasthuri will talk about all housemates, and one more game which was played before is also repeated. If the audience is regular in watching, they must have seen Hero, Zero, Villain game. The same game is again repeated; it seems. Last time it was Tharshan who was elected as a tough contestant. Sandy was also equally competent. This time not sure who will be on the villain list that is the tough contestant list.

Flipping the last week pages, we observe that Losliya's attitude was completely changing. Abirami grinds the same her love towards Mugen, and this did not get well against the audience's expectations. However again she is saved as she gathered sympathy from the people for her Nerkonda Paarvai movie which was released this Thursday, August 8th 2019. Though her role was not so important or impressive because of her face id again, she slid a narrow miss. Sakshi was already in the danger zone last week, and this time her supportive votes printed eviction card to her.

The angel of the house is Sherin, and she gets along well with everyone. Though she is not a critic content provider, she does provide some side content with Sakshi, Losliya and other. Losliya nominated for the first time again spoke about Kavin's love mood. But Losliya army saved her. Just an hour to go, Kamal Haasan will unwrap everything.