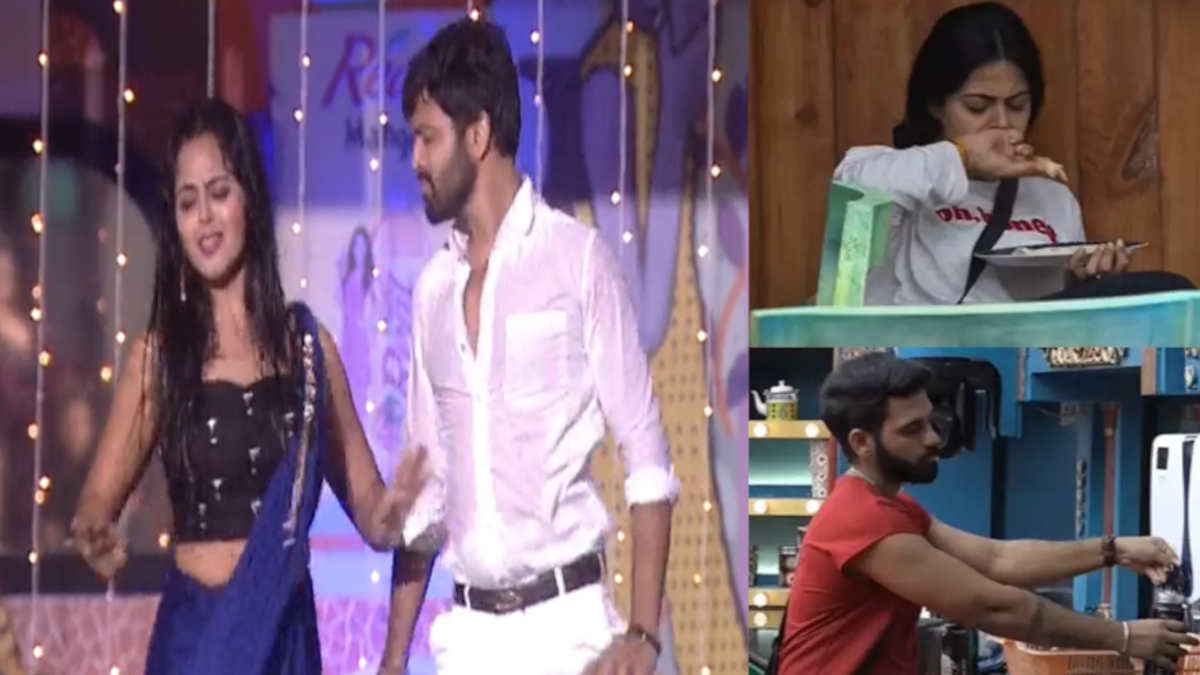 Bigg Boss Telugu 4 was successfully traversed ten days without a brawl. Contestants were friendly and caring with each other, and no envy spotted between them. Love sequences amid contestants are a common one inside the house. As appropriate Bigg Boss team chooses young people who can possibly fall in love.

Season 4 has already blossomed with love, Akil and Abhijeet compete to win Monal, yesterday social media was on-dit on "The Water story". While chatting with Abhijeet, Monal started coughing, Akhil, who was eating alongside gives her water before Abhijeet could fetch some.

BB talent show task started with Noel and Lasya as the judges. The last promo Monal and Sohail were rehearsing for the task, and Akhil was possessive over Monal and vexed because of their intimacy.