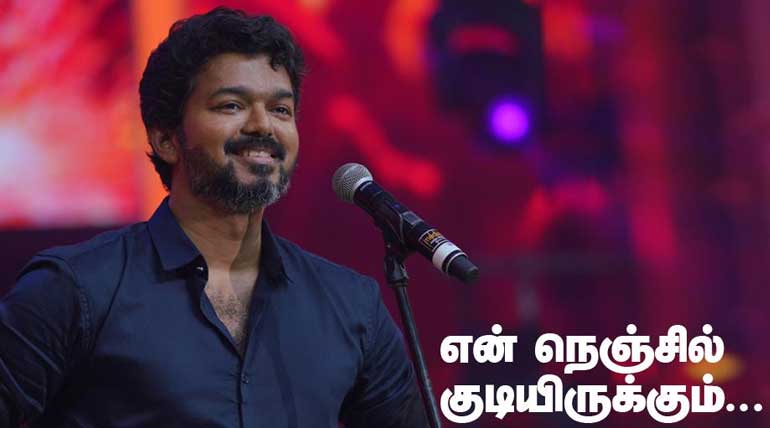 Bigil audio launch increased the hype with Vijay speaking more than usual on a variety of topics: The much-awaited Bigil audio release was conducted yesterday, and colorful LED-lit celebrations went late into the night. But Vijay fans waited patiently for their Thalapathy to speak and enjoyed his every word. He talked about a variety of topics issues including trolls, banners, life & football, MGR & Karunanidhi,  blame game and the real people behind Subhasree death and many more. Atlee praised Vijay and said he is only comfortable directing him than anyone else. Overall the audio launch created more hype than expected for the sports drama Bigil yesterday.

What were the issues that Vijay touched during his speech?

Vijay is known to be a silent killer and relies more on action than words, started speaking more in functions after Mersal issue and victory. And that is what he did yesterday night to the happiness of his fans.  Though he also talked about Bigil and football, he spoke about many issues including

Vijay stole the spectacular audio launch show conducted grandly in an engineering college in the outskirts of Chennai. It was a grand gala event as to the level of Kalpathi Agoram's AGS productions. AR Rahman said that he and Vijay exchanged only laughs during the recording of the movie. Atlee and Archana Kalpathi were in all praises for Vijay anna.

All is well with the grand gala mega audio launch of Bigil, setting the stage for its big release on the big screen coming October, to bring the most memorable Deepavali for Thalapathy's fans.