Super Star Fans: Petta Proved by Karthik Subbaraj but Bigil Atlee Could not make it 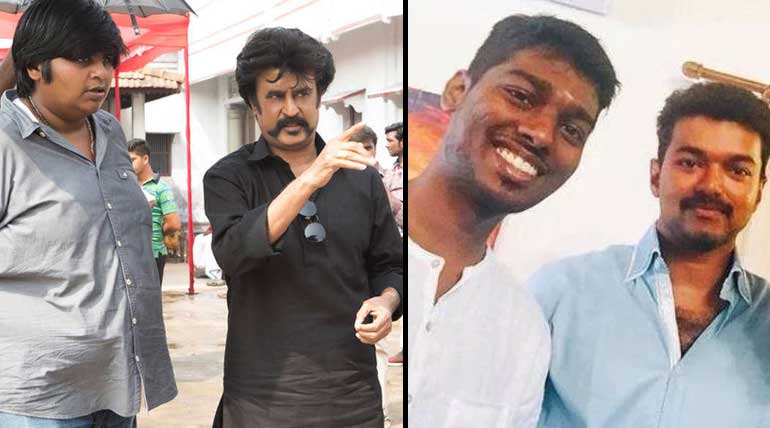 Karthik subbaraj proved his success as a fan of Super Star Rajinikanth in Petta movie but being diehard fan of another start Viajy could not able to prove himself in Bigil. Atlee trying to show Vijay as MGR fails in screenplay and execution of Bigil. Atlee is trying to portray Vijay as the next MGR, failed to concentrate on the screenplay for Bigil. The rumors of the excessive shooting of the film to the already three-hour-long movie could have been right.

It is because Atlee has become so much a fan of Vijay that he wants everything for him in this movie. If his earlier Mersal was to make Vijay loved by children, in Bigil he tries to get the women support for him.

But not focusing much on the football game and only giving punch dialogues in the form of advices may not well go down the women folk beyond his fans.

Also, the much-hyped AR Rahman's musical fails to connect to the movie. The only Atlee touch liked by people apart from Vijay fans is the Vijay-Nayanthara scenes.

Vijay trying to be MGR by Atlee: Vijay, with a dual role of father-son combo, plays the don and the football coach characters. The don scenes get a lot of cheers from the fans, which is the reason it must have been kept in the movie.

Atlee tries to bring in the Nayagan look of Kamal for the father Rayappan role, which to some extent, succeeds in the film. Vijay has rightly signed with Lokesh Kanagarj for his 64th film, to come out of Bigil kind of portrayal of him as the future mass leader among the people.

Negatives of Bigil: Fox Star Studios and Nadiadwala Grandson Entertainment, the two international and national renowned producers, have come together to spend only 75 crores for Bollywood movie Houseful 4. But Archana Kalpathi, executive producer of Bigil spent more than 200 crores for the Bigil movie.

There is nothing wrong in spending such a huge amount on Vijay movie on a Diwali day. But, in the process of a lot of difficulties for the movie, she missed to see the many negatives of the Bigil movie. Atlee concentrating more on Vijay's portrayal than the screenplay and execution also should have been aware of the following negatives in the film, which could make it not a hit like Mersal.

The record of AR Rahman combination with Vijay not being so successful as expected may continue with Bigil also. Apart from fans to sit for more than three hours for Bigil could be hard for the people.

Atlee could have focused more on the quality of the film than making Vijay the next MGR. Altogether, Vijay is a sure watch for his fans but is either Dangal or Chak De for Tamil people.