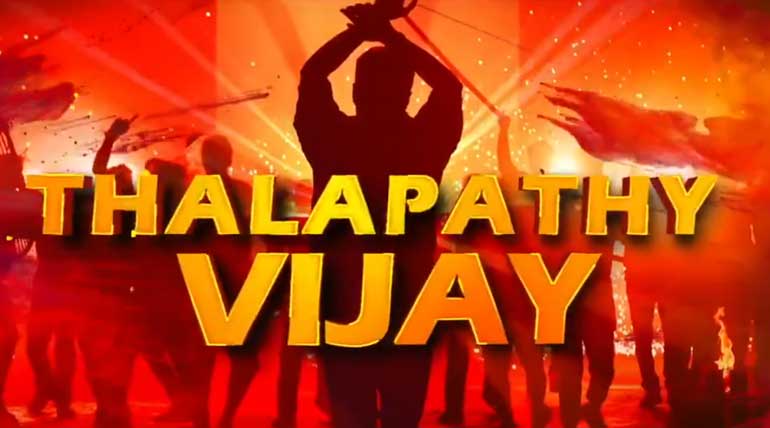 Vijay fans may have a sleepless night today. They will be scratching their beds without sleep to hear their Thalapathy's voice first time in AR Rahman's musical Bigil tomorrow. The movie is set to hit the big screen on Deepavali this year.  It will make its director Atlee to hit a hat-trick with Vijay after Theri and Mersal. Tomorow's release of the song sung by Vijay will raise the pitch of the sports action thriller Bigil, in a big way across Tamil Nadu.

AGS Entertainment is famous for big-budget movies, and Bigil is no different. With jambavans like Vijay, AR Rahman, Nayanthara, Vivek, Jackie Shroff, and many others, Bigil is being produced with more than 150 crore budget.  Nayanthara after making Atlee's first movie Raja Rani a runaway hit is now pairing with Vijay after Villu.  The chemistry between the two could be the game-changer of Bigil.

As the name suggests, Bigil is a sports action film. It could be a new playing ground for both Atlee and Vijay. There is sure to be more of hat-tricks for Atlee and a lot of sixers for Thalapathy. It could motivate his fans, who have already done a lot of welfare activities like Vilaiilla Virunthagam across Tamil Nadu. A few days back #Villaiilla Virunthagam was the trend with Thalapahy fans for 50 days continuously providing food for the needy without any cost.

Tomorrow is another important day for the Vijay fans, as their long-awaited Vijay song in Bigil gets released. It will start another round of celebration among his fans and also be ready for this Deepavali to welcome their semi-gods Bigil on the big screen.