Yogi Babu opens up his Bigil experience with Atlee and Vijay 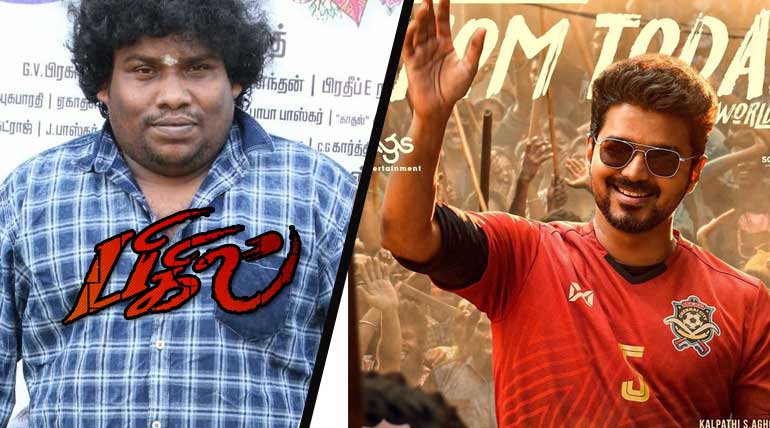 Yogi Babu opens up his Bigil experience with Atlee and Vijay

Thalapathy kindled me for acting with my Dupe; Yogi Babu opens up: Actor Yogi Babu plays a supporting role in Thalapathy's upcoming Bigil. Touted by AGS Entertainment, Bigil is getting ready to celebrate Diwali with fans.

Yogi Babu fans Bigil team with a humorous look and accent. "Vijay acted with my Dupe in set more than me," the comedian tells his Bigil experience with Thalapathy. "Vijay is a man of shuttle smile, and Director Atlee shatters the set with his laugh," Yogi comically kindles the smiles of both. Kolamaavu Kokila hero Yogi babu thanks Atlee Kumar, Vijay, Vivek, and AGS Entertainment for the opportunity in Bigil with a warm gesture.

Yogi Babu is the man who broke the myth of chance for good looking in the cinema industry. He formed as a comedian, supporting role, actor setting as an all-rounder in the Tamil cinema.

Waiting for the Bigil sounds, Yogi Babu is all set to act in Venkat Prabhu's next. The trend of web series is revolving all around, and Chennai 28 director is catching us with his debut web series starring Kajal Agarwal in the lead role; Yogi Babu too signed the series.

Yogi Babu also casts in Sivakarthikeyan's Hero movie, which released its teaser on Thursday by the Bollywood Bhai Salman Khan. Apart from the big releases, Yogi Babu engages with several movies which are filming, post-production process, and some delayed due to reasons. 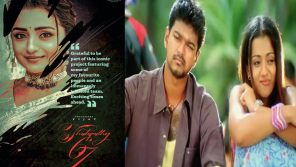 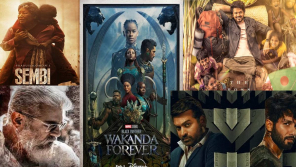