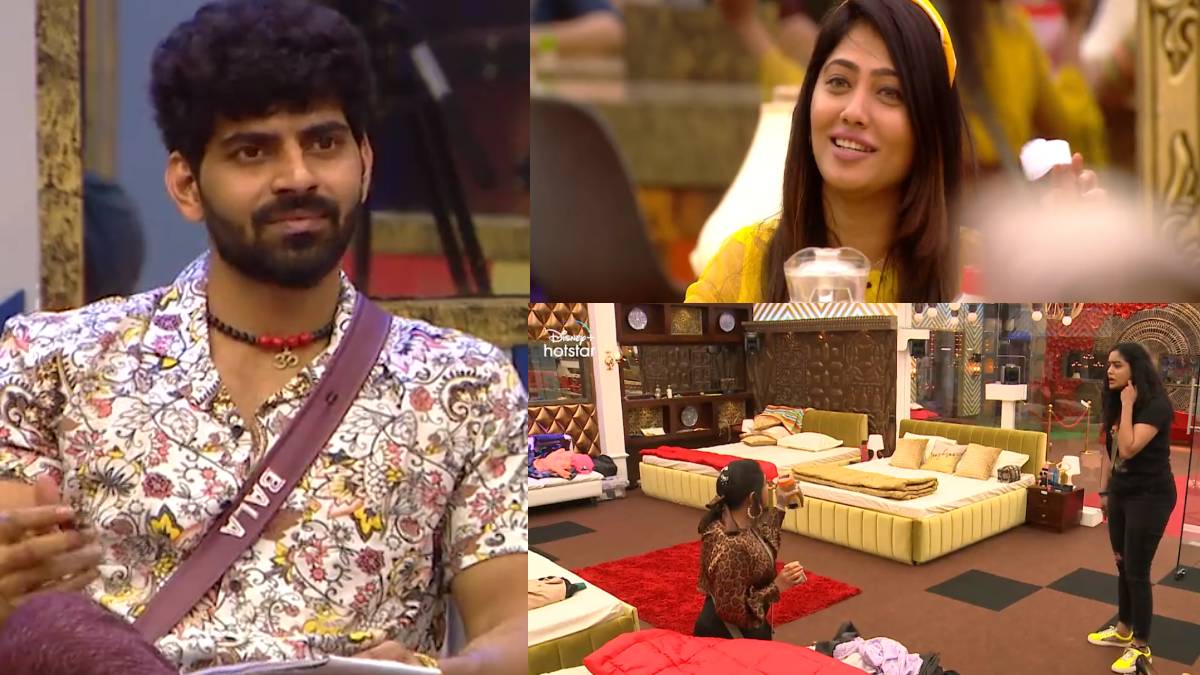 Bigg Boss Ultimate is interestingly moving forward with drastic changes over the contestants from the previous seasons. The armies are posting positives on the changeovers of the contestants. The most talked-about contestants are Balaji, Julie and Abirami.

Bigg Boss Ultimate streaming 24X7 begin on January 30 with a grand launch event. Fans most expected contestants were in the list, and most guesses were correct. But Oviya fans were very disappointed as she did not join the Bigg Boss Ultimate show due to personal reasons. The sadness was seen on the social media pages. Before the confirmation, fan pages were created for her.

The Bigg Boss Ultimate contestants are Abhinay, Abhirami, Anitha, Balaji Murugadoss, D. Balaji, Julie, Niroop, Shariq, Snehan, Suja, Suresh, Suruthi, Suja, Snehan, Suja, Suresh, Suruthi, Thamarai and Vanitha. It is expected that Oviya will join the Bigg Boss Ultimate as a wildcard contestant. Few changes can be seen in the contestants by noticing their speaking and handling the situation.

The changes are not from the perspective of negative rather, they are positive. Balaji Murugadoss was the contestant in Bigg Boss Season 4. He received fans for his straight forwarded talks and an open mind. At the same time, his anger made him lose a few fans, and it became the reason for him to lose the winning title.

But in this Bigg Boss Ultimate, he is giving his complete effort to win the title. His way of handling sarcastic talks are completely different from before. He is moving his coin with a positive mind. His conversation with the housemates is also good to watch from the audience side. Some words might be hurtful, but he is changing the modulation, making it fun.

With the observation of the first week, Balaji Murugadoss is leading with a high number of votes. The fan base is increasing day by day. His fans and few Bigg Boss Ultimate viewers want him to be the Bigg Boss Ultimate Title Winner. Following him comes the transformation of Julie.

Julie was a contestant in Bigg Boss Season 1. She gathered a crowd of haters, which defamed her. She even shared about the hard times she faced after her exit from Bigg Boss Tamil Season 1. She took all the negatives as positives, ignored the hate and now she has come forward in Bigg Boss Ultimate as a new Julie.

This transformation of Julie gained her fans are even armies. If she maintains the same, there are chances for her to be on the list of the top five contestants. When it comes to Abhirami, she was in Bigg Boss Season 3. She didn't gather hate, but she projected herself as a week contestant by crying most of the time.

But in Bigg Boss Ultimate, she is bold enough to fight for what she needs. She even voiced against Vanitha Vijayakumar for the Coffee issue. The viewers widely welcome these kinds of changes from the contestants.