Is eviction of Cheran from Bigg Boss 3 Tamil house correct? 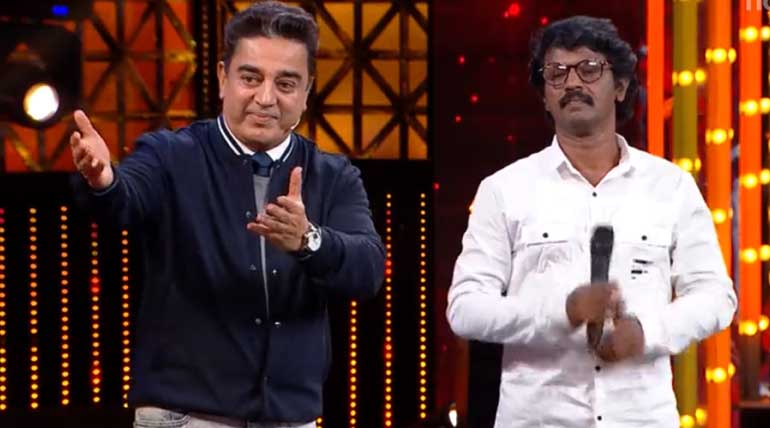 Is eviction of Cheran from Bigg Boss 3 Tamil house correct?

Is eviction of Cheran from big boss 3 Tamil house correct? Cheran magnanimously went out of the Bigg Boss 3 house, but was sending him out correct? It is the question asked by many Tamil people now. Do a winner of four national awards and one who played as per rules in the Bigg boss 3 house deserves to be shown the doors? Many other contestants who want to go home, play against the rules and with not so satisfying performance continue for the last days, eviction of Cheran raises many doubts.

Is the voting the sole reason for eviction from Bigg boss 3 Tamil house? Cheran during the final part of his departing speech showed his brilliance once again. He said he is not on any page or does not have an army. He meant that he is nominated for eviction 12 out of the 14 weeks only because of it, irrespective of his stature outside and inside the Bigg boss 3 house. But if that is the case, how come Vanitha who was sent out by the votes, was brought back into the Bigg boss 3 Tamil show. Does Bigg boss organizers do not have ideas or concepts to raise its TRP, to only rely on Vanitha for it? Is it the same reason that sending Cheran was the best option among the remaining contestants?

Losliya crying to be sent out is the opening scene of 91st day of Bigg boss 3 Tamil show: The first scene today of the 91st episode of Bigg boss 3 Tamil show was Losliya in bad shape and begging big boss to send her home. She continuously said she is unable to be in the Bigg boss 3 house. The reason she said is the contestants wrongly understand her. But there was nothing to that effect shown today. But only a hype of her being sent out was created along with double eviction.

Is it lack of army, votes or whatever, the efforts of Cheran inside Bigg boss 3 house, only increased his stature, as Kamal rightly said and will bring him back the laurels outside, which he rightly deserves.