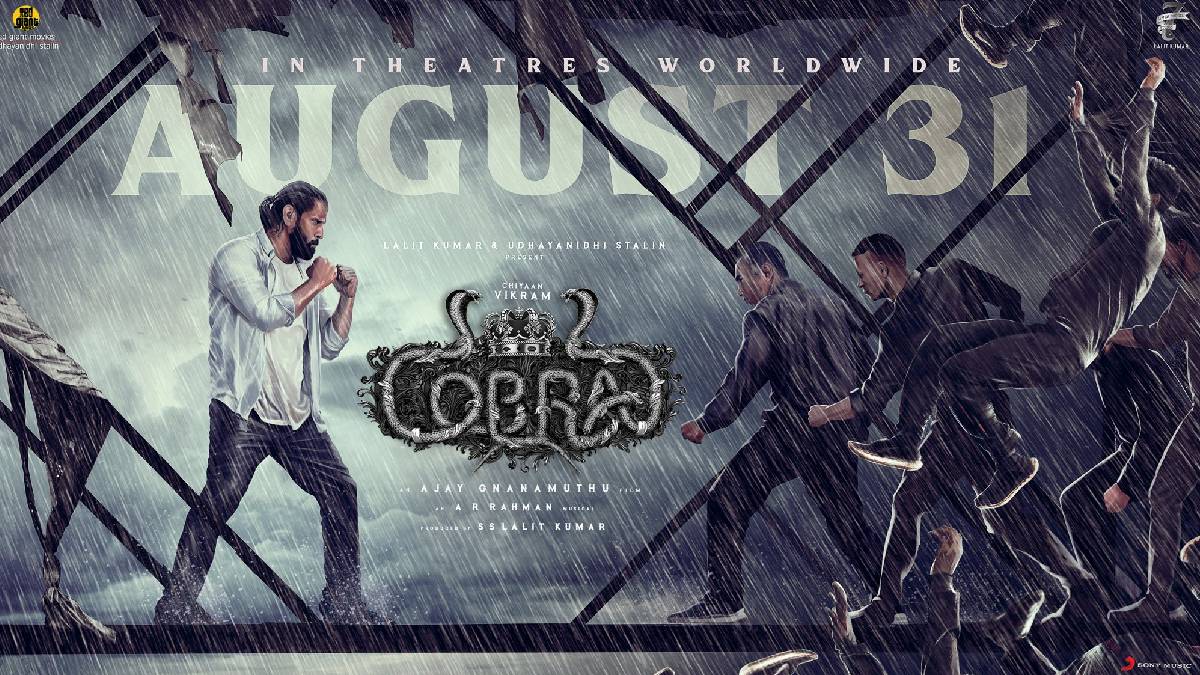 Actor Vikram starrer 'Cobra', directed by Ajay Gnanamuthu, is one of the most awaited films of this year. While the film was already announced for a worldwide release on August 11, there were rumours that the film's release would be postponed to August 31. It has been officially announced that the movie Cobra will hit the screens on August 31.