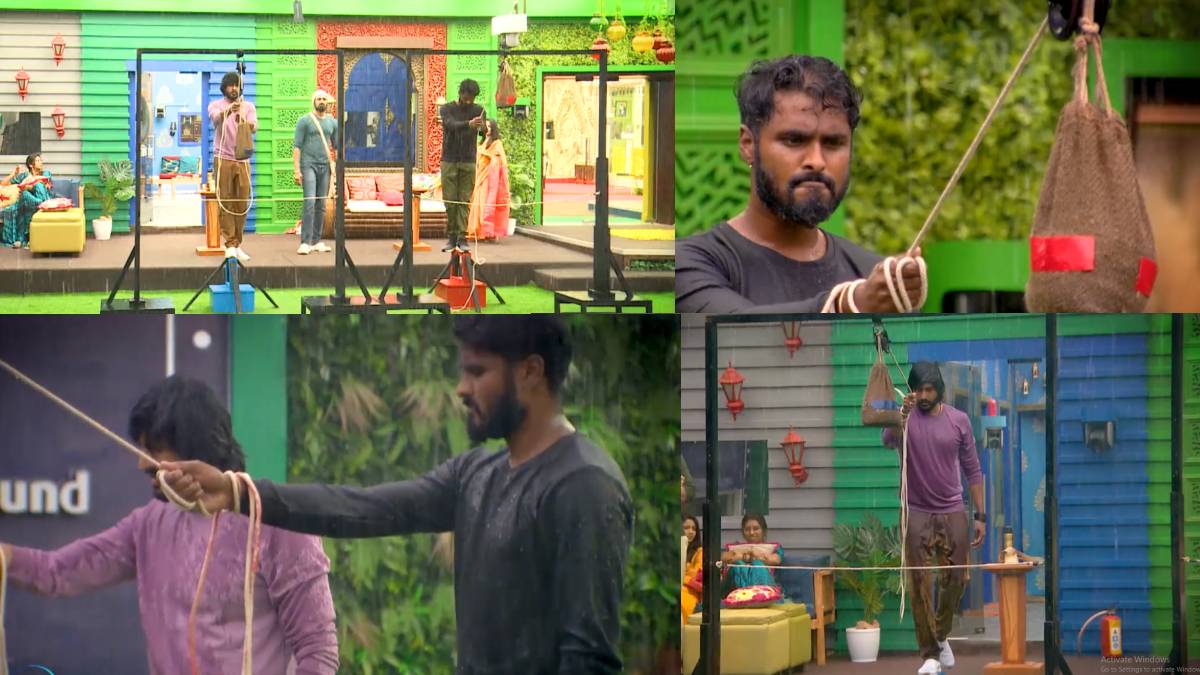 Bigg Boss Tamil 5 contestant's competitive spirit was known only after the tickets to finale tasks began. The competitions among the home mates are heavy, but the tasks given by the Bigg Boss was not satisfactory since there was no physical task. After today's first promo release, the viewers are content with the task.

Tasks to win tickets to the finale are currently underway at the Bigg Boss show. All the tasks so far have been easy and were verbal tasks. Fans were over-commenting that there was no physical task. It has been claimed that there is a frantic task at the end of this stage.

The fans are very eager to know who will win the ticket as the days are nearing. In the recent days conducted in the last few days, the contestants were eliminated, and finally, Ciby and Amir are facing each other in the final task to win the tickets to the finale. It is expected that Ciby will put his maximum effort to win the ticket as Niroop said that he is not giving his full effort but easy winning the task.

On the first day of the task, the housemates sent Niroop off the grid, saying that it is difficult for them to play when Niroop is in the game. By this, Niroop was eliminated from the first-day task. Tamarai and Pavni were expelled in the next few days. Priyanka and Raju were subsequently eliminated. Sanjeev was sent off in yesterday's task. Finally, Ciby and Aamir are participating in it.

According to opinion polls, many said that the matches held so far were not as interesting to the fans as they had been held. The Bigg Boss had changed the task yesterday because of the demand from many that the contestant going directly to the final show should be given a physical task and only the winners should be sent.