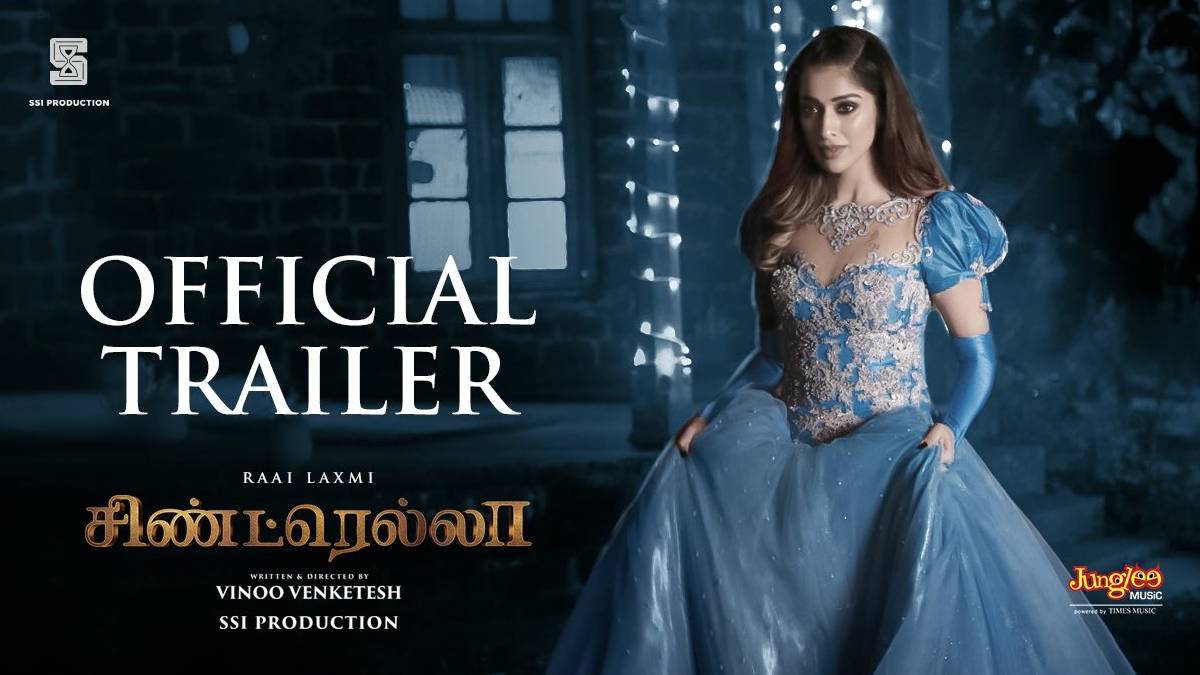 Cinderella Tamil horror movie trailer was released yesterday. Actor Dhanush launched the trailer on the official Twitter page. The trailer is receiving a good response after its release.

Cinderella is an upcoming Tamil horror thriller film with the colours of fantasy directed by Vinoo Venkatesh under the banner SSi Productions. And to note, it is a directorial debut for Vinoo Venketesh. The film stars Raai Laxmi in the lead role.

Raai Laxmi and Sakshi Agarwal have given a significant role as they the female-centric film. The trailer has come out with horror and thrill. Rammy has done the part of cinematography in a presentive way with an edit of Lawrence Kishore. Aswamithra makes music composing.

Lakshmi Raai is projected like a bold female who stays alone in a cottage. By watching the trailer, it is known that the horror plot comes with the cinderella frock where a girl would have already desired to buy but was not able to get. Later, Lakshmi Raai owns the Cinderella frock, and that is where the thrill and horror begins.

Raai Laxmi, Sakshi Agarwal, Robo Shankar, Kalloori Vinoth, My Dear Bootham Abhilash, Anbu Thasan and Boys Rajan has taken the lead roles in the film. The film builds with the fantasy of a cinderella dress which can be seen in the trailer. The expectations for this film are as high as it is a fantasy trailer.

ALL THE BEST TEAM ??